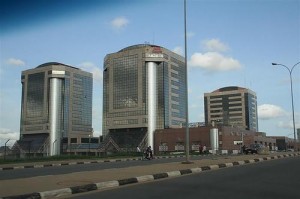 The country lost at least N217bn last year as oil and gas companies flared a total of 244.84 billion standard cubic feet of natural gas in that period, data from the Nigerian National Petroleum Corporation have shown.

A total of 21.15 billion scf of gas was flared in December, according to the NNPC data.

According to the draft of the National Gas Policy recently released by the Ministry of Petroleum Resources, the flaring of natural gas that is produced in association with oil is one of the most egregious environmental and energy waste practices in the Nigerian petroleum industry.

The draft policy states, “While gas flaring levels have declined in recent years, it is still a prevailing practice in the petroleum industry. Billions of cubic metres of natural gas are flared annually at oil production locations, resulting in atmospheric pollution severely affecting host communities.

“Gas flaring affects the environment and human health, produces economic loss, deprives the government of tax revenues and trade opportunities, and deprives consumers of a clean and cheaper energy source.”

The ministry said under the gas policy, the government intended to maximise utilisation of associated gas to be treated for supply to power generation or industry.

According to the gas policy, the current gas flare penalty of N10 per 1,000 scf of associated gas flared is too low, having been eroded in value over time, and is not acting as intended, as a disincentive.

“Consequently, the low penalty has made gas flaring a much cheaper option for operators compared to the alternatives of marketing or re-injection. The intention of government is to increase the gas flaring penalty to an appropriate level sufficient to de-incentivise the practice of gas flaring, whilst introducing other measures to encourage efficient gas utilisation,” it added.