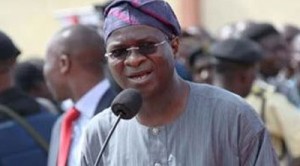 The Federal Executive Council has endorsed the award of twelve road projects at a total cost of N126 billion.
The Minister of Power, Works and Housing, Babatunde Fashola, stated this while briefing State House correspondents after the FEC meeting chaired by Acting President, Yemi Osinbajo. He disclosed that the projects were spread across Kano, Bauchi, Adamawa, Kwara, Gombe, Enugu, Kaduna and Bauchi States.
The minister said the contracts’ award would restore confidence to the nation’s construction industry.
He stated: “Contractors who have been owed for two three years before Mr President was elected are back in various states, they recalled back their workers and as they are purchasing gravel, cement; the economy is on its way back with a bend.
“Every place in all of those states, once we mobilise the contractors, the money is kept in those states. Most of the workers who drive the trucks, who fix the roads that you see are indigenes of those states and so, they aggregate to the total output from each of those states to the national productivity and national recovery.”