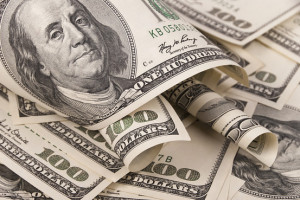 The Finance Minister, Olusegun Aganga and his entourage have planned roadshows traversing markets in Europe and the United States to promote Nigeria’s credit worthiness and facilitate popular subscription of a proposed $500m/Euro loan. It would be inexplicable and irrational for anyone embark on a borrowing spree without a productive object for the loan; it is worse if such purposeless 10-year loan attracts near double digit interest rates and management fees annually especially when substantial idle own funds, attract minimal returns when domiciled, as in this instance, with the potential subscribers of our fresh loan application. Furthermore, the cost of the planned road show and the fees and commissions payable to brokers and other intermediaries in loan process could easily regrettably erode the loan net sum by possibly up to 10%. Naira-Dollar Potential subscribers According to Aganga “the aim of the 10 year bond is to set a benchmark in the global market for Nigeria’s borrowings,” rather than to actually raise funds; thus, in these case, the pricing is considered more important than the timing!!

Thus, in layman’s language, Aganga is saying that “we know we don’t need this $500m loan, since we have over $30bn reserve base; indeed, I am also aware that our reserves which usually earn less than 3% interest are generally domiciled in the overseas account of some of the potential subscribers to our present bond issue; and yes, I also know that we may end up paying up to $50m as annual service and management charges on the estimated net inflow of $450m, after deduction of road show cost, plus fees and commissions payable to Deutshe and Citibank (the book runners) and other obligations to Barclays Capital and FBN Capital, Financial Advisers for this loan; but it is a ‘sensible’ loan because future loan applications from Nigeria will be guided by the market price we will pay this time out”.

However, we may ask, if the $500m bond is fully subscribed, to what purpose will the funds be applied? Evidently, the amount could supplement existing reserves, which as earlier indicated, earn returns which are a fraction of the cost of the proposed Eurobond; hazy financial logic, you may say! Alternatively, the funds may be captured as Central bank income which would be, subsequently released as part of the monthly allocations to the three tiers of government after the dollar value has been substituted with naira, at current exchange rates; thereafter the CBN would traditionally proceed to auction the same $500m to commercial banks and bureau de change.

Unfortunately, this traditional application of our dollar reserves, triggers a distorted exchange pricing mechanism, round tripping and capital flight and also facilitates the funding of smuggling and money laundering! Indeed, less than a week after Aganga’s interaction with financial correspondents on the ‘need for the bond issue’, the CBN simultaneously promptly offered $300m for sale at its foreign exchange auction on Monday 10/1/2011.

Notwithstanding the above, CBN had on new year’s eve, also allocated the NAIRA equivalent of $1bn sum withdrawn from a controversially constituted Excess Crude Account to the three tiers of government; invariably, the resultant N150bn exchange value complemented the regular monthly statutory allocation to significantly expand naira liquidity, such that the sum of $300m subsequently sold by CBN in the first dollar auctions in 2011 became oversubscribed to further weaken the market naira exchange rate. Similarly, the present $500m Eurobond will inevitably also trace the same path of naira substitution to exacerbate the contradictions in our fiscal and monetary policies, with adverse consequences on industrial regeneration, employment and social welfare.

Specific critical infrastructural purpose In view of the above complications, Nigerians will wonder why Aganga is so motivated to commit Nigeria to such an unnecessary and expensive loan. Indeed, if additional funds are required for some specific critical infrastructural purpose, government has lately indicated that about $4bn soft multilateral loans, with low interest charges of between 1 – 3% and with 20 or more years’ gestation are currently available for the picking! So why must we choose the hard and much more expensive option! However, this odious modus operandi of forex management may not surprise keen observers of Nigeria’s ballooning domestic debt.

Indeed, when the Debt Management Office, DMO (read as Debt Creating Office) was established just over three years ago, Nigeria’s domestic debt was barely N1000bn, and consisted mainly of outstanding payment to local contractors. However, soon after the controversial exit from the Paris/London Club debt burden, the DMO came on board, and their immediate mission, according to the purposes of loans indicated in their prospectus, was to create a ‘benchmark’ (do you recognize that word?) and to deepen the domestic market for long term loans. Similarly, Aganga had also defined the purpose of floating the current Eurobond as that of creating a benchmark for Nigerian bonds in international financial markets.

The DMO’s initial offer therefore unequivocally confirms that the loans also sought were not intended for any positive, tangible or practical application that could jumpstart our prostate economy or even address our infrastructural deprivations.

Today, Nigeria’s domestic debt has steadily galloped and quadrupled beyond N4000bn; yet, there is still no visible positive impact on the economy and our people’s welfare! Not surprisingly, DMO bonds were usually oversubscribed while the commercial banks were primarily, usually, the main patrons; ironically, therefore, the same banks that government, persistently frantically and actively supports with trillions of cheap interventions funds have also become the major beneficiaries of government’s debt obligations. The DMO issues were usually popular because of the mouthwatering yields of between 10 – 15%, rates which were well in excess of what you would get from the international financial markets or indeed from funding the real sector.

Currently, the Central Bank and the DMO inexplicably continue to borrow almost N200bn monthly from the same banks that enjoy tremendous government patronage with the hundreds of billions of naira free public funds domiciled with them, whenever monthly allocations are paid to the three tiers of government.”

The above is summary of an article published in Vanguard Newspaper in January, 2011. Postscript 2017: Nigerian’s debt burden is currently above $57bn! The amount may actually approach $90bn or more, when contractors and AMCON toxic debts which are in excess of N5Tn are also captured.
However, as was the case in 2011, Kemi Adeosun, the Finance Minister will celebrate the over subscription of the recent $1bn bond; regrettably however, she may have inadvertently triggered a new cycle that would further deepen our descent into a horrendous debt trap.

SAVE THE NAIRA, SAVE NIGERIANS!