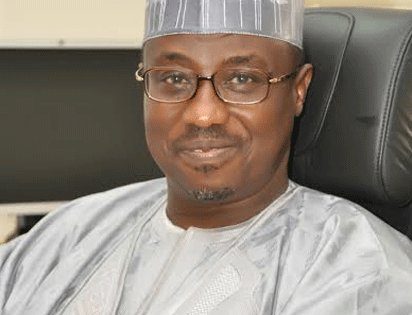 The Nigerian National Petroleum Corporation (NNPC) has explained why the Corporation owed N23.4billion in respect of Nigerian Export Supervision Scheme (NESS) fees chargeable on crude oil and gas exports since 2008.
NESS fees are payments due to Pre-shipment Inspection Agents and Monitoring and Evaluation Agents in respect of their supervision of crude oil and gas exports, culminating in generation of Clean Certificate of Inspections (CCI) to an exporter as permit to execute action. As usual, at the end of each reconciliation, agreed NESS fees payable are signed off by stakeholders.
Speaking in Abuja before the Senate Joint Committee of Finance; Trade and Investment; Gas; Petroleum Upstream; Banking, Insurance and other Financial Institutions; Judiciary, Human Rights and Legal Matters; and Customs and Excise, NNPC GMD, Dr Maikanti Baru, said NNPC accumulated the sum due to budgetary appropriation constraints imposed on it by the National Assembly.
Dr Baru, who was represented by the Managing Director, NNPC Capital, Mr. Godwin Okonkwo, at the one-day investigative public hearing on the Pre-Shipment Inspection of Export Activities in Nigeria at the National Assembly Complex in Abuja, stated that the National Assembly had always budgeted N20 million for NESS Fees, adding that NNPC lacked any legal right to remit any amount above the appropriated sum once it was exhausted.
Dr Baru stated that NNPC was normally charged 0.15 per cent Free On Board (FOB) value of export as NESS fees for the Corporation’s execution of export of crude oil and gas on behalf of the Federal Government.
The GMD said: “NESS budget is appropriated in the yearly National budget. NNPC-NAPIMS (National Petroleum Investment and Management Services) administers the budget and payments under the scheme. Crude Oil Marketing Division (COMD) provides the lifting profiles and the actual price to compute the FOB export value.”
Declaring the public hearing open, the Senate President, Senator Bukola Saraki, who was represented by the Senate Majority Leader, Senator Ahmed Lawan, said the 8thSenate was committed to taking steps that would promote transparency and accountability of all public and private institutions that transact business with or on behalf of the Federal Government.
He noted that Nigeria was facing a lot of challenges and if the country was good for business, then the laws of the Land must be obeyed, stressing that the Senate was in a hurry to move the country forward through legislation.
“This is an opportunity to open the books of Ministries, Departments and Agencies (MDAs) to right the wrong of the past”, the Senate President affirmed.
On his part, the Joint Committee Chairman, Senator John Enoh, noted that the investigative public hearing was to instill probity and transparency in the process of crude oil and gas exports in order to reduce leakages.
He said that Section 11 of the Pre-shipment Inspection of Export Act made provision for repatriation of proceeds after 90 days, however, most exporters of crude oil and gas contravened the provision.
Senator Enoh urged all stakeholders to make meaningful contributions towards the realization of the objectives of the Joint Senate Committee, noting that any submission targeted at misleading the Committee would be sanctioned.
The Federal Government enacted the Pre-shipment Inspection of Export Act No. 10 of 1996 to ensure the exportation of quality goods through inspection of all export products which gave rise to the Nigerian Export Supervision Scheme (NESS). Its responsibility was extended to cover crude oil and gas exports in 2008.