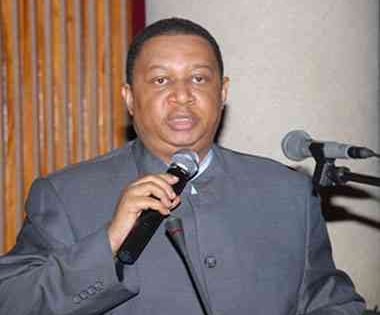 The price of oil may remain low for the rest of the year as the Organisation of Petroleum Exporting Countries (OPEC) failed to agree on crude oil output cut at its 169th meeting held in Vienna, Austria.

The group had in December 2015 failed to agree on a formal output target for the first time in years. It effectively allowed its 13 members to pump oil at will.

As a result, prices crashed to $27 per barrel in January, their lowest in over a decade, but have since recovered to around $50 due to global supply outages.
Meanwhile, the group has decided unanimously to appoint a Nigerian as its new secretary-general.

“The conference decided to appoint Mr. Mohammed Sanusi Barkindo, from Nigeria, as secretary general of the organisation, with effect from 1st August 2016, for a period of three years,” OPEC said in a communiqué after its meeting.

“It is my pleasure to announce that Dr. Barkindo has been appointed next OPEC Secretary General,” Minister of State for Petroleum Resources Ibe Kachikwu also announced in a tweet.

Barkindo, a former Group Managing Director of the Nigerian National Petroleum Corporation (NNPC) from 2009 to 2010, emerged ahead of Indonesia’s Mahendra Siregar and Venezuela’s Ali Rodriguez. He replaced Libya’s Abdalla El-Badri.

Analysts have been analyzing the impact of Barkindo’s emergence on Nigeria.

“It is not a role that brings any benefit to the country per se, it is not like he can do anything in OPEC that can change the situation in the oil market. The OPEC Secretary General is like the secretary general of any association,” .

“Will Barkindo stop shale producers from producing more oil? But I am sure the president promoted his candidacy so that we will have somebody that will help influence OPEC decisions in terms of output,” he also noted.

At yesterday’s meeting, OPEC was not expected to cut or freeze oil production levels. The production freeze idea aimed at stabilising oil markets failed to find unanimous support at its last meeting in Doha in April as hopes of a deal were dashed after Iran refused outright to consider a freeze.
Speaking after the meeting, Saudi Arabia’s oil minister, Khalid Al-Falih, told CNBC that the spirit of the meeting was very cooperative and collaborative.

“Prices have recovered somewhat and I believe that they will continue to recover,” he said.
Iranian Oil Minister Bijan Zanganeh also told CNBC that the members believe that it should manage the market without discussing about the freeze.

OPEC’s next meeting is scheduled for November 2016.