Employees of Bayelsa State local government areas have turned down a proposal by governor Seriake Dickson to pay them one-month salary out of the over 10-month salary arrears owed by the councils.Daily Post Reports 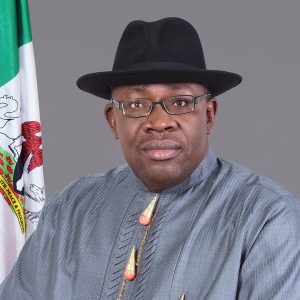 They also threatened to shut down the eight LGAs in the state if legitimate workers, particularly those who were employed before the first tenure of Governor Dickson, were sacked.

The council workers under the auspices of the Joint State Administrative Council of Medical Health Workers Union of Nigeria and the Nigeria Union of Local Government Employees in a statement issued after a meeting in Yenagoa on Thursday, described Dickson’s proposal as an insult on them.

They said, “It has become very worrisome following impeccable rumours making the rounds that only one month salary will be paid to workers in spite of over 10 months salary arrears owed by the councils.

“Joint State Administrative Council-in-session states in clear terms that this is totally unacceptable as any contemplation to pay one month salary in the face of the present hardship will be resisted, knowing full well that workers are heavily indebted to banks and schools, among others.”

They demanded the immediate release of three months LGA allocations from the Federation Account and the Federal Government bailout funds to the state government “totalling about N2.5bn for the commencement of payment of the about N5bn salary arrears as at March 2016.”