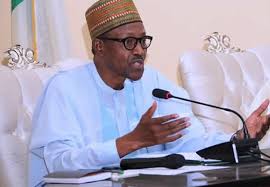 Buhari: N24bn Saved Monthly By FG Through TSA, Others

The Federal Government is saving a total of N24.7bn per month as a result of the implementation of the Treasury Single Account and the elimination of ghost workers from the civil service, President Muhammadu Buhari, has said.

Buhari, who said this at the opening of the e-Nigeria Conference in Abuja on Monday, also asked organisers of the conference – the National Information Technology Development Agency – to report any Ministry, Department and Agency that fails to clear its IT projects with it before implementation.qx

The President also noted that the contribution of the Information and Communications Technology sector to the nation’s Gross Domestic Product had increased from 10 per cent in 2017 to 11.8 per cent by the second quarter of 2018.

He said, “The enforcement of the use of the policy on TSA, the Integrated Payroll and Personnel Information System and the Bank Verification Number and the impact they have made on the administration’s public financial management reforms cannot be overemphasised.

“In addition to the consolidation of accounts and elimination of ghost workers that resulted in a combined monthly savings of about N24.7bn, the TSA facilitated the recovery of huge sums of money including the recent N1.6bn from a single account.

He added, “You may recall that in my address at last year’s event, I raised a number of issues relating to ICT’s role in fostering the digital economy in Nigeria, including the sector’s contribution of about 10 per cent of the nation’s GDP.

“I am pleased to note that this has been taken seriously and stakeholders’ efforts resulted in ICT emerging as one of the key performers of the second quarter of 2018 by recording 11.81 per cent growth.”

Speaking at the event, Minister of Communications, Mr Adebayo Shittu, noted that broadband penetration in the country had increased from 10 per cent in 2014 to 23 per cent by October 2018.

He said, “The Nigerian ICT sector is open for investment and it is noteworthy that the Foreign Direct Investment in the sector has increased from $3.2bn in 2015 to $4bn in 2018.

“Emerging disruptive technologies are also creating new industries and we can take advantage of this to further attract FDI to the sector.”

According to him, this informed the choice of the theme of the conference – Promoting Digital Economy in an Era of Disruptive Technologies through Effective Regulation.

A former Chairman of the Economic and Financial Crimes Commission, Mr Nuhu Ribadu, who was the keynote speaker, listed some new technologies that could help the government in the campaign against corruption.