Intense political activities across the country in the third quarter have sustained hold on the nation’s equity market, as speculative trading pressure investors, leading to massive selloff in flight for safety of investments.

The development worsened by continuous negative sentiment on emerging and frontier markets, where global yields move higher, as the U.S. hike in interest rate caused investors’ wealth to dip significantly by 114.4% in the period under review.

The stock market had in first quarter recorded a gain of 8.53 per cent, but reversed the gains in second and third quarter with a decline of 7.77 per cent and 14.40 per cent, respectively.All sectors’ indices closed in the red, with the Industrial Goods Index posting the largest loss of 23.90 per cent. Consumer Goods followed with a quarterly decline of 18.26 per cent, while Insurance Index depreciated by 16.73 per cent.

Banking Index shed by 13.61 per cent, while Oil and Gas went down by 10.99 per cent in third quarter.Figures obtained from the Nigerian Stock Exchange (NSE) showed that in the foreign portfolio investor report for July, total transactions held by foreign investors dropped by 64.68 per cent to N36.17 billion, against N102.41 billion in the previous month.

Also, foreign players’ proportion of total trades on the exchange dropped to 24.76 per cent, from 54.54 per cent in the previous month, which is also well below the monthly average of 50.47 per cent recorded so far this year.However, it is worth stating that inflow of N19.83 billion was recorded during the review period, against N16.34 billion worth of outflows recorded in June.

Total domestic transactions in July, as shown in the NSE’s report, accounted for 75.24 per cent of total transactions held in the month, with month-on-month growth of 28.73 per cent to N109.90 billion.

The Chief Operating Officer of InvestData Limited, Ambrose Omordion, said calculating from the end of January, the Nigerian market has lost 14.32 per cent, one of the worst performing within this period globally. “With no fundamental driver to boost investor sentiment on the horizon, we believe the current weak performance will persist, although we expect speculative trading to shape activities, pending the completion of the general elections in 2019,” he said.

He however said that the pullback or decline in the market is creating opportunities for traders and investors to take advantage of the low-price regime to position for expected third quarter earnings reports, in the midst of continued selloffs and political risk, especially as shadow elections by political parties kick off sooner.Analysts at United Capital Plc stated that with the declining market performance, the Nigerian bourse is rated worst performing across emerging and frontier markets.

According to them, “nonetheless, we reiterate that opportunities in the equities space are for patient and discerning investors, who are ready to hunt bargains on fundamentally solid stocks for long-term prospects.”

The analyst advised investors not to lose focus by the bearish outlook that has clearly characterised market performance since July 2018, noting: “We maintain that these temporary setbacks have typically been followed by recoveries.”

They noted that the crystallisation of the potential risks, especially in relation to pre-election uncertainties, presents an opportunity for investors with a medium to long-term horizon to hunt for bargains immediately the market bottoms out.  They also urged investors to choose stocks with consistent dividend profiles, adding that despite pressure in the polity, corporate earnings are unlikely to be overly negative in light of the recovery in the broader economy. 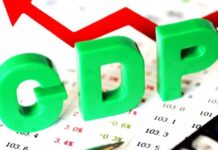 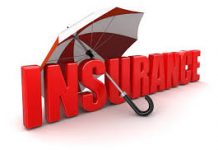