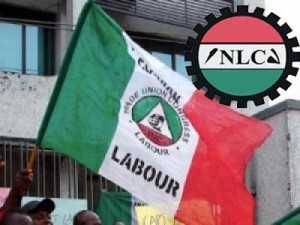 Tomorrow’s May Day celebration would be incomplete if the Federal Government fails to make major pronouncements that would lead to a new minimum wage for Nigerian workers, so says the Deputy President of the Nigeria Labour Congress (NLC), Peters Adeyemi.

Adeyemi, in an interview with The Guardian, yesterday, in Abuja, said while marking the Workers’ Day in itself remains a major victory for workers, the greatest gift the Muhammadu Buhari-led Federal Government can give to workers is the immediate commencement of negotiations on the minimum wage, as well as the demonstration of genuine will to see the process to its logical conclusion.

He stressed the importance of the entire process culminating into a major salary restructuring, a development he said would emancipate workers from the slave wages that they currently earn.

His words: “I think that the greatest gift that this government can give to workers on Monday (tomorrow) is to unveil a roadmap that will lead to the negotiation of a minimum wage. I think that is what Nigerian workers are expecting. The naira has lost so much value in the last two years, and that has made nonsense of the current pay structure. This goes well beyond the issue of minimum wage negotiation, and necessitates a revisit of our wages’ structure.”
Adeyemi, who is the Chairman of NLC/TUC Joint May Day celebration, flayed government over the non-composition of the minimum wage negotiation tripartite committee, insisting that the clamour for the review of minimum wage would go on despite the non-composition.

The labour leader, who doubles as the Deputy President of the NLC, and General Secretary of Non-Academic Staff Union of Educational and Associated Institutions (NASU), faulted the claim that labour has been docile, thereby allowing government freehand to introduce policies that are deemed anti-people.

According to him, when the NLC protested the fuel price increment in the country, most Nigerians jeered at the labour union. “We were stoned by some Nigerians even when we told them then that the fuel price increment, if accepted, would be the beginning of our collective sufferings. So, how can they now turn around to accuse labour of docility? We have been resisting anti-people policies of this government even at the state level. We were in Nasarawa State, where we resisted anti-labour practices and lost two of our members. We were in Imo State to resist the sack of about 6, 000 workers by the governor. On both occasions, we got justice because those two state governors reversed their actions.”

Meanwhile, the Minister of Labour and Employment, Dr. Chris Ngige, has saluted the resilience of the Nigerian workers, just as he expressed hope for a better future in the face of dire economic challenges. “The Federal Government is not unaware of the economic challenges facing Nigerian workers in the public, the private and informal sectors of the economy. We appreciate your resilience and hope for better days ahead,” Ngige stated in a statement.

While acknowledging workers’ contributions to national development, Ngige emphasised the present administration’s commitment to the enhancement of workers’ welfare.

“May I use this occasion to appreciate Nigerian workers for their contributions to national development, unequivocal solidarity to the Change Agenda and the fight against corruption of the present administration”

In Rivers State, a speedy resolution of issues of casualisation and non-payment of pension arrears to retired workers will top the list of demands that labour unions would table before the state government tomorrow.

Already, the National Union of Pensioners (NUP) in the state has threatened to boycott the Workers Day celebration to protest the non-payment of gratuity to workers, who recently retired from the state’s public service.

State NLC Chairman, Beatrice Itubo, told The Guardian that this year’s event is holding at a very challenging period in the lives of workers in the state because of the economic recession that has brought about job loses, and some of the companies are struggling to pay their terminal benefits.

She also regretted that some persons who contributed to the various pension schemes, upon retirement, were finding it difficult to access their benefits.Meanwhile, the state chapter of the NUP, says its members would not participate in this year’s May Day in protest, and in solidarity with pensioners who retired between 2014 and 2016, but are yet to be paid their entitlements.

In a related development, Senator Suleiman Nazif (APC, Bauchi State) has said that the increasing rate of poverty, corruption and other socio-economic vices would not abate until earnings of Nigerian workers become “real living wages.”

In a telephone interview with The Guardian, the lawmaker said government must wake up to its responsibility of ensuring greater economic value for workers’ wages, by either ensuring drastic reduction in inflation rate, or outright increase in the minimum wage.

Nazif lamented that despite the fact that the value of the naira had seriously reduced, Nigerian workers were still being restricted to the N18, 000 minimum wage, a situation he said had greatly worsened the country’s poverty level.
Nazif, drew attention to the tragic development that might occur should government continue to ignore calls for wage increase.“We are fast approaching very bad times in this country if the right steps are not taken to remedy the situation. The poor nature of wages has not only reduced productivity, it has created very negative attitude to work because morale has almost been reduced to zero level.

“What Nigerian workers have been made to suffer is grossly unfair. They have been subjected to all forms of injustices, including lack of adequate housing, access to transportation and effective health facilities, pension entitlements, among others. This is not expected of a country desiring to be counted among the best in the world,” he said.

FCT Four Power Transmission Substations to be Completed in Dec –...