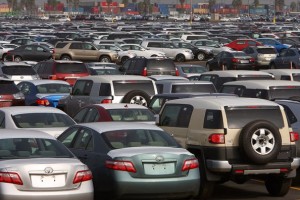 geria Customs Service (NCS) has said it is ready to licence operators who have secured a N50 million bank bond to operate a vehicle terminal.

The spokesman, Mr. Joseph Attah, in an interview yesterday said the service was ready to begin issuance of licence and that there were already positive responses from the public.

He said: “A lot of people have indicated interest and the process is on-going. NCS is ready for the issuance of licences to people who are interested; what it takes is for interested persons to acquire a big land, fence it and have Customs section within, a workstation with connectivity and computer system that can easily connect to the Customs server.

“Such person will also be required to enter into a bank bond of N50 million. He will now apply through the Customs Area Comptroller of the command he wants to site the terminal to the Comptroller General,” he said about the process.

Meanwhile, The President, Chartered Institute of Bankers of Nigeria (CIBN), Mr Olusegun Ajibola said more than 750 delegates would participate at the World Conference of Banking Institutes (WCBI) from April 24 to April 28 in Lagos.

Ajibola told the News Agency of Nigeria (NAN) in Lagos on Sunday that the conference has the theme ‘’Rethink the future of Banking and Finance and Life Long Learning’’.

According to CIBN President , the participants are expected from the U. S., Germany, Brazil, Italy, Kenya, Gambia, Togo, Mali, Kuwait, Ghana and South Africa among others.

He said that CIBN, which is the host of the conference, has received the assurance of Lagos State Government to provide adequate security for local and international participants.
Source: Daily Trust