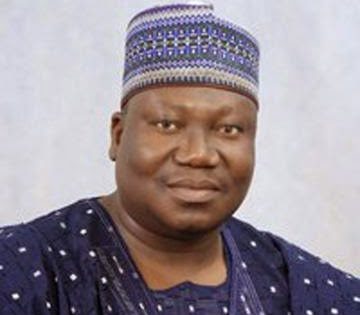 The Yobe-born Senator of the Federal Republic of Nigeria has created a niche for himself, garnering in his kitty over seventeen years of legislative onslaught which has no doubt rubbed off on his constituents and the country in general. He has a knack for legislative oversight and delivery and wants funds allocated in any appropriation year to be deployed in line with budgetary provisions.

He so much demonstrated this when he chaired the House Committees on both Agriculture and Education between 2003 and 2007, tackling agencies of government on accountability and prompt project delivery. That is Ahmed Lawan for you.

His colleagues would attest to his avowed commitment to deliver on oversight functions when it matters most especially his eight years in the House of Representatives from 1999 to 2007 and still counting even in the red chambers where he now holds sway as the Senate Committee Chairman on Defence.

On his last oversight function to the Defence Headquarters, Senator Lawan has this to say to the Chief of Defence Staff: The purpose of our visit is to review the implementation of the capital projects of the DHQ and expressed the committee’s readiness to support the Armed Forces to achieve its aim and ensure better empowerment.

“It is the committee’s desire that all projects started in 2016 are completed and if need be for snowballing into 2017 appropriation, it will be considered,” Senator Lawan said.

It was no difference when he visited the Nigeria Defence Academy(NDA) and would always encourage and motivate you when you excel. Reacting to the brief from the Commandant of NDA recently, Senator Ahmed Lawan commended the NDA for a job well done. He described their interaction with the academy as pleasant and noted that NDA is exceptional because of quality leadership and praised the military for contributing significantly to the development of Nigeria saying that Nigeria will be great if we make the armed forces great.

Continuing, he praised the Commandant Major General MT Ibrahim for having done so much within a short period of time. He said that the activities in NDA are characterized by good leadership, innovation and creative insight of the Commandant. Senator Lawan expressed happiness that the fund allocated to NDA was used judiciously and for the purpose it was meant for.

Specifically, the Senator Ahmad Ibrahim Lawan’s profile is intimidating, a thorough-bred legislator with 17years articulated experience in the National Assembly, 8years of productive representation at the Federal House of Representative between 1999 and 2007, at various stages he has chaired sensitive and pivotal committees of education and agriculture which facilitated bills of national impact.

Serving in the Red chambers for 8years, Lawan has chaired the Committee on Public account. Lawan is an academician, few of the doctorate holders in Geography and Remote Sensing which the country can boast of. Lawan has placed his card on the table on the basis of integrity, competence and robust experience which will guarantee sanity in the current senate.

His intimidating and towering influence has recently obtained for him the majority leader, while serving as the Chairman Senate Committee on Defence. He replaced Senator Ali Ndume as the Senate Majority Leader.

The All Progressives Congress (APC) members of the Senate conveyed the new development to Senate President Bukola Saraki who read a letter sent to him by the caucus. The caucus elected to replace Mr. Ndume with Ahmed Lawan, in their letter read by Mr. Saraki.

A geography graduate of the University of Maiduguri, Senator Lawan was born in 1959. He holds a postgraduate diploma in land survey, an MSc and Doctor of Philosophy (PhD) degrees in Remote Sensing and Geographic Information System (GIS), all from the University of Cranfield, United Kingdom. His did his National Youth Service Corps programme in Benue State.

Lawan who had never worked outside the educational sector, became a graduate assistant at the University of Maidugiri after he graduated and he retired as an accomplished scholar and educationist before joining active politics.

He is one of the most experienced senators in the ranks of the All Progressives Congress.

Lawan has received several awards that include the Commander of the Order of the Niger (CON); Fellow of the Institute for Government Research and Leadership Technology (2012); Best Performing Senator in Yobe State in 2009 by Yobe State Students’ Association, University of Abuja Chapter; Best Senator for Effective Oversight, NUJ; Best Senator in 2011 by Baseline Global Ventures; and the Sardauna Legendary Pillar of Exemplary Leadership Award by Leadership and Role Model Foundation of Nigeria.

He is married with children.

Pantami’s grand exposés on Cybersecurity and the Datafication of Society

The Inimitable Kongi at 88