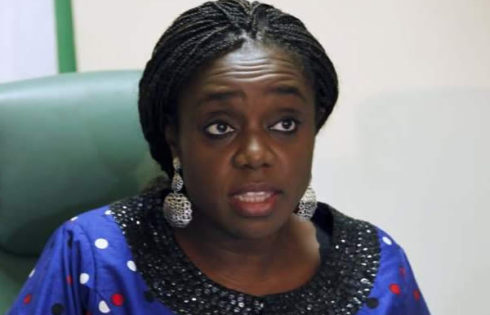 The Federal Government has approved payment of not more than five per cent of the recovered loot to any successful whistle blower, who exposes corruption by providing relevant information leading to the recovery of the funds.

The Minister of Finance, Mrs Kemi Adeosun, made this known when briefing State House correspondents on the outcome of the Federal Executive Council meeting presided over by President Muhammadu Buhari in Abuja on Wednesday.

She said the council approved a Whistle Blowing policy aimed at consolidating the ongoing anti-corruption campaign embarked upon by the present administration. Adeosun said the policy would soon be supported by a bill already receiving due attention of the National Assembly.

Kemi Adeosun According to her, adequate measures are being taken to protect and safe guard the lives and identities of whistle blowers. “If you whistle-blow in public-spirit and in good faith, you will be protected. “If you feel that you have been treated badly because of your report, you can file a formal complaint.

“If you have suffered harassment, intimidation or victimisation for sharing your concerns, restitution will be made for any loss suffered.”

Adeosun also said that Federal Government had begun payment of December salaries to enable civil servants to celebrate the Christmas and New Year.

The Minister of Power, Works and Housing, Mr Babatunde Fashola, also disclosed that the council has approved the construction of the Second Niger Bridge through the Public-Private-Partnership (PPP) scheme.