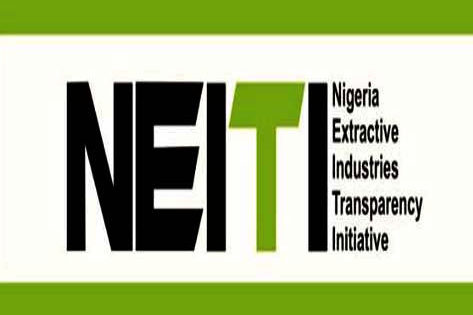 The Economic and Financial Crimes Commission (EFCC) will soon embark on probe of erring oil firms in Nigeria over unremitted oil revenue to the Federal Government.

To ensure that anyone found guilty of misappropriation of the country’s oil revenue is prosecuted, Nigeria Extractive Industries Transparency Initiative (NEITI) and the EFCC have formed alliance to study the reports and identify areas where financial crimes have been committed against the nation.

The Executive Secretary, NEITI, Waziri Adio, who disclosed this during a courtesy visit to Rutam House, headquarters of The Guardian in Lagos, lamented that while the agency has been churning out reports since 2004, it is regrettable that no one has either been tried or convicted.

He said the NEITI Act limitations do not grant it power to prosecute, hence the need to rally the EFCC.Adio noted that the reports have identified about $11 billion unremitted, but was only able to recover $2.5 billion so far.

According to him, the extractive industries remained the backbone of the Nigerian economy, which necessitates NEITI’s efforts towards ensuring accountability and transparency in the sector.

Adio expressed the desire of NEITI to continue to put in unwavering efforts towards ensuring national development through openness and accountability in the exploitation of the common national resources.

He said that Nigerian National Petroleum Corporation (NNPC) and its subsidiaries were yet to remit $3.787 billion and another N358.3 billion as identified in the 2013 oil and gas industry audit.

According to him, the nation has lost $5.96 billion and another N20.4 billion to offshore processing arrangement crude swap and oil thefts.Adio noted that the total under-assessment and under payment by companies due to contested pricing methodology amounted to $599.8 million in 2013.

Irked about the high level of impunity in the system, Adio said: “It is unfortunate that monies are not remitted and some states are lacking fund to pay salaries of workers. We should do everything possible to trail and recover those funds. We should also ensure that those companies and persons involved in the shoddy deals are prosecuted according to the laws of the land. This will serve as deterrent to others.

“However, Nigeria does not know how much it produces, because there are no meters where they should be. We have the oil wells, the flow stations and the terminals, there is no meter at the oil wells, no meter at the flow stations, and we only have meters at the terminals. We need political-will from the government to ensure that the production of oil is adequately metered,” he said.

Adio said the Nigerian Senate has set up an adhoc committee to fully examine the report and suggest necessary moves to correct all anomalies.The committee, according to him will begin sitting today and would possibly come out with resolution within a short period.

Besides, he was optimistic that NEITI’s partnership with the EFCC would yield positive results in the investigation and prosecution of culprits.“Many people should be jailed in this country. If people commit crime, we should make them to face the consequences. The political environment has changed now.

The environment that provided for impunity has vanished and I believe we should all begin to do things the right way.“We need to invest in institutions and build systems and practices that will not make evils to thrive,” he said.
Adio said NEITI is also improving on its reports, noting that this year’s report has received less criticism, “rather firms are coming out to give explanations on what they did.
“Our auditors are the best nationally and globally and they adopt very simple strategy and standard procedures to get the facts and figures,” he said.He decried the impact of recession on Nigeria as an oil producing country that has enjoyed high oil prices in the past and now suffers for lack of savings.

“When the oil boom was reigning, the money was captured by a few people and does not go down to the common people. We believe that the resources should translate to prosperity of the people. Now we are complaining of the exchange rate because we did not save enough, we were busy in large scale corruption,” he said.

The NEITI boss however enjoined Nigerians and government at all levels to save for the rainy day, “because we want a better Nigeria and we believe that a new Nigeria is very possible,”

Further analysing from the report, Adio also pointed out that the country lost about N13.42 billion from non-compliance to 90 day credit limit by the NNPC.
He put the NNPC’s share of crude losses due to theft and sabotages from Nigerian Agip oil Company Nigerian Agip Oil Company (NAOC), Chevron Nigeria Limited and Shell Petroleum development Companies Joint Ventures at $240.12 million.

There is also Nigerian Petroleum Development Company (NPDC)’s N7 billion unaccounted lifting to refineries from Forcados Terminal between May to December 2013.

NEITI noted in the report that N1.3 trillion was processed as subsidy to NNPC and marketers in 2013, which represents 26 per cent of the 2013 federal budget of N4.98 trillion.

The report also reveals that NAPIMS paid $538.922 million as cash calls on four divested OMLs out of which $358.05 million was refunded in 2014, leaving a balance of $147.8 million. It noted that the refund has not been paid into the Federation Account.

A breakdown of outstanding revenues to the Federal Government in the report showed that there is N351.87 billion unpaid domestic crude debt at December 2013 after considering subsidy approved by PPPRA.It added that there is also N2.17 billion outstanding cash call refund on Oil Mining Licence (OML) 41 in the NNPC/SPDC divested assets.
It put the over recovery under the Petroleum Support Fund at N3.98 billion.Between 2010 and 2011, NNPC divested 55 per cent federation equity in eight OMLs from the Shell JV to its subsidiary, NPDC. The eight OMLs (4, 26, 30, 34, 38, 40, 41 and 42) were valued by DPR at $1.8 billion, out of which only $100 million was paid in April 2014, leaving a balance of $1.7 billion.
Also, the audit discovered that NNPC assigned four OMLs (60, 61, 62 & 63) from the NAOC JV to NPDC in December 2012. No amount had been paid on these four OMLs as at the conclusion of the 2013 audit, neither was the value of the consideration stated in the deed of assignment.

Meanwhile, NNPC lifted crude on behalf of NPDC (not the federation) from these OMLs that were not fully paid for or were not even paid for at all.According to the audit report, no justification was provided by NNPC for these transactions except that it was within the powers of the minister to do so to support NPDC to develop upstream capacity.The report further asserted that the assignments of the OMLs were not transparent and competitive.

Resuscitation Of Ajaokuta Steel, Others Necessary to Boost Economy – NEF

SON Frowns at High Rate of Substandard Goods in Nigeria