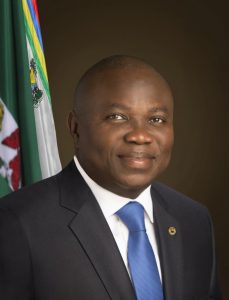 The Government of  Lagos state on Wednesday said it had successfully completed the restructuring of its N167.5billion Programme II, Series 1 and 2 Bonds.
The state Commissioner for Finance, Mr. Akinkunmi Mustapha, said in a statement that the restructuring was approved by the Securities and Exchange Commission (SEC) last week.
Mustapha said it was achieved through the finalization of a process through which the state worked to reach an agreement with its bond creditors on accelerating repayment terms.
He said the transaction would generate savings in excess of N40billion for the state over the next five years.
According to him, the transaction was approved by 99.6 per cent of the state’s bond holders at an extraordinary general meeting a few weeks ago.
“We thank all our bond creditors for their continued support of the State Government, in a difficult market environment.
“This restructuring completed entirely through domestic capital markets, once again underpins the strength of the Lagos State credit story.
“Aside the significant cash savings generated, it also creates additional borrowing capacity to enable the state continue its investments in physical, economic and social infrastructure,” he said.
Mustapha said much of the significant progress in the state over the last 16 years could be attributed to funding through the debt capital market.
“Our bond holders’ support of this restructuring confirms the level of confidence the market has in the current administration.
“Lagos State did not partake in the recent bail-outs provided either by the Federal Government, DMO or the CBN,” the commissioner said.