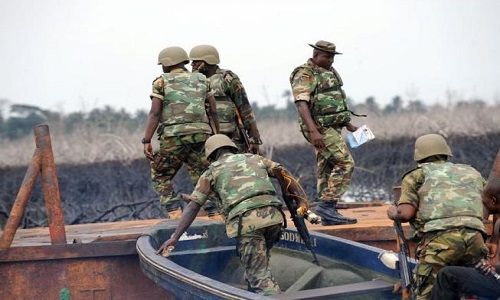 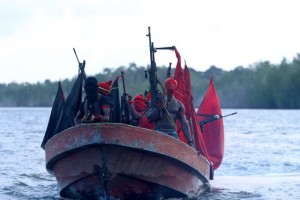 The most striking feature of Nigeria today is that it is wracked by violence in most parts while some others are still recovering from conflicts.

This is evident in the North-east where insurgency has held sway for quite some time. The conflicted-affected areas in the North-east have suffered all atrocities associated with war resulting in displacement, destruction, abductions, and deaths.The Niger Delta region, which accounts for the main source of the country’s oil wealth, has had its own share of turbulence occasioned by the struggle for resource control; this, most times, resulted in violent conflicts.Hence, the two major conflict-affected areas are located in the extreme corners of the country; the rest of the country feels a sense of normalcy. There is no collective national sense that the country is at war in North-east and that the peace in Niger Delta remainsfragile.The widespread lack of sense of a nation-in-conflict is matched by a lack of national appreciation of the impact of those conflicts on the economy. The conflicts in the Niger Delta and the North-east erupted for different reasons.In the Niger Delta, which has been marked by spasmodic agitations and violence dating back to almost 50 years, three main factors have served as triggers to the conflict: sense of injustice regarding the fact the region is not getting a fair share of the revenue derived from oil – this is the so-called ‘resource control’ issue; pervasive environmental degradation; and development neglect, reflected in poor physical and social infrastructure.But the conflict in the North-east is attributed mainly to desire by a terrorist group to impose its version of religion on others – this is the root cause of the conflict.
At a recent two-day security seminar organised by Alumni Association of the National Defence College, Abuja, the Chairman, Presidential Committee on North-east Initiative, Lt.-Gen. Theophilus Danjuma (retd), said over N2 trillion will be required, in the short-term, torebuild areas devastated by the Boko Haram insurgency.He said rebuilding the North-east is one of the biggest and most complex challenges that Nigeria is facing today.He said: “To hold government or any one agency alone responsible for this task is to underestimate the enormity of the problem. The task would involve massive reconstruction of physical infrastructure, much of which have been totally destroyed and, of course, the more challenging one, which is the rebuilding of peace and social cohesion.”Nigeria is at a crossroads, politically and economically. On the economic front, the falling oil price has had severe adverse repercussions on the economy. Foreign reserves are depleting. Domestic and external debt is rising.  Growth is projected to decelerate from 5.5 per cent to 2.6 per cent in 2015 and 11.5 per cent in 2016.Moreover, the fall in oil export revenue is coinciding with a fall in non-oil export revenue, further clouding the country’s fiscal and trade balance outlook. At the same time, inflation is on the rise.On the political front, while the smooth transfer of power from a defeated incumbent to his opponent has calmed the political situation; the security challenges, as described in various parts of this paper, remain enormous.  The national security and economic situationpresents a very challenging environment for governance. It also presents an opportunity for deep national reflection on how to move the country forward.The economy of the North-east has been devastated and largely destroyed as investors, businessmen, managers and employees have fled the zone in droves. The destruction has had a major impact on the economy of the region as it has led to severe food shortages,unemployment in a region that has traditionally produced cash and food crops across the Sahel.Agriculture and other economic activities have suffered and poverty has worsened. The Boko Haram insurgency has led to the disruption of school activities, markets and has, consequently, reduced trade flows.With all these problems, the question is can the Federal Government afford the reconstruction and rehabilitation of the North-east and Ogoni land in the Niger Delta and the cost implications.President Muhammadu Buhari, during a recent visit to Washington, USA, was able to  obtain a $2.1 billion credit from the World Bank to rebuild the North-east, although with “the first 10 years will be interest free, while an additional 30 years will be at lower than capital market rate.”According to him, “still there is need for international bodies to also come to our aid because the Federal Government can’t do it alone.”It is often said that what separate a fragile state from a resilient and well-functioning one are the absence capable institutions in the former and the presence of accountable, inclusive and effective institutions in the latter.  Though the triggers of conflict in the Niger Delta and the North-east regions are different, there is no question that state institutions have performed sub-optimally in anticipating and managing the crises.In the case of the Niger Delta, the state has shown historically troubling default recourse to use of military force in addressing essentially economic, environmental and social grievances. In that sense, the failure was not just of state institutions, but of leadership that has allowed the problems to fester.In the North-east region, Boko Haram did not emerge overnight. It gave all the warning signs of what would come. Again, the relevant state institutions either failed to take the signs seriously or were negligent.It may be said though that the lack of political consensus on how to tackle Boko Haram could not have helped the state institutions to chart a proper course.