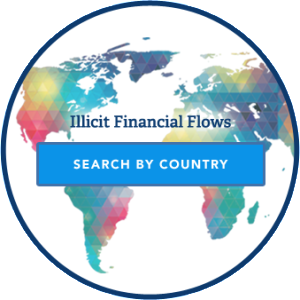 Although taxation is the most important source of revenue that enables governments to finance development and provide services required by citizens, Illicit Financial Flows (IFFs) has continued to yield devastating effects on African economies by hampering governments’ developmental efforts .

GFI estimated that between 2003 and 2012, the developing world lost US$6.6 trillion in illicit outflows; and after a brief slowdown during the financial crisis, illicit outflows hit a new peak of US$991.2billion in 2012, when sub-Saharan Africa recorded US$68.6 billion.

Trade mis-invoicing in the analysis of GFI remains by far most popular way to illicitly move money out of developing countries, comprising 77.8 percent of the global ten-year IFFs total in real terms.

Meanwhile, multinational companies and investors are reportedly finding ways to dodge taxes across African countries, resulting in total loss of $50-$60 billion annually to IFFs, with two-third of the total traced to manipulation of commercial transactions.  It would not be a surprise when the United Nations High Level Panel on IFFs estimates that $39 billion are lost to tax evasion and avoidance mechanisms.

As African countries enter into Double Taxation Treaties or Agreements to facilitate investment and create fiscal certainty for investors to inform investment decisions, it is worrisome that they signed onto such treaties in favour of developed countries and multinational companies rather than ensuring Africas countries retain the right to corporate tax profits generated in the continent.

There is growing attention on the tax treaties signed by developing countries. According to Tax Justice Network-Africa (TJN-A), there are almost 300 tax treaties in force in sub-Saharan Africa countries. Another report by SEATINI-Uganda confirms that the network of double taxation treaties is one of the mechanisms used by companies to avoid paying taxes, leading to illicit financial flows and tax losses in most African countries.

Since double tax treaties determine which country has the right to tax corporate profit when a company has subsidiaries in two or more countries, a company could rely on treaties to ensure that it is either taxed in a country where the tax rate is lower, or that it is not taxed anywhere.

Tax treaties or agreements pave way for dreadful corporate tax incentives, which are fiscal provisions offered to investors. As highlighted by Tax Justice Network-Africa, corporate tax incentives include reduced tax rate or ‘full holiday’, whereby companies pay no taxes for certain time periods. “These incentives permit companies to pay less tax on their profit than normal, or benefit from reduced or no tax on services such as water, electricity or land”, it explained.

In West Africa, since most countries are faced with weak socio-economic and political environment for investment opportunity, corporate tax incentives are used by the regional governments as mechanisms to attract foreign direct investments into their countries. This notion has been challenged by a recent report by International Monetary Fund (IMF) which revealed that Nigeria losses 0.5 percent of its GDP in corporate tax incentives given to companies with pioneer status alone; this would amount to around $2.6billion a year.

In 2014 fiscal year, the Nigeria’s Budget Office reported that the country was further losing about $327 million annually on import duty exemptions. The Office reported $2.9 billion loss from Company Income Tax and import duties, amounting to more than double of the 2014 Federal Government budgetary allocation to health and more than that of education.

TJN-A has estimated that West African countries raise an average of only 10-15% of their GDPs in taxes compared to 25-30% for the Southern African group of countries. Since the regional governments continue to struggle for resources, some of them have shifted attention to increase Value Added Tax to compensate for revenue losses to corporate tax incentives.

As related to trade mis-invoicing, illicit financial flows is perpetrated when the importers over-invoiced imports to deceptively reduce corporate profits; the profit margin is reduced, which allows the company to pay a lower corporate profits tax. GFI has confirmed that trade over-invoicing is also driven by foreign exchange from the government at a favourable rate for certain essential imports. This enables the importer to sell the excess currency in the black market for a profit.

Also, there is an incentive to over-invoice export of goods that receive government subsidies. That is, if the imports serve the production processes as intermediate inputs to other goods, which are then subsequently exported, it may drive the producer to over-invoice the exports of the final good in order to claim a refund on the VAT paid on the original imports.

It is noteworthy to highlight that multilateral development financial institutions (DFIs) are government controlled financial institutions that invest in developing countries. According to IBIS, the International Financial Corporation (IFC), African Development Bank (AfDB) and Inter-American Development Bank (IDB) are three major global multilateral DFIs. While IFC operates in more than 100 developing countries, the AfDB and IDB are both the largest DFIs in their regions.

However, various reports have challenged the sincerity, effectiveness and due diligence in the management and implementation of DFIs, owing to the associated risk of financial crimes such as money laundering and tax evasion. DFIs are reportedly incorporated in low-tax or secrecy jurisdictions. They are directly and indirectly engaged in aggressive tax planning as they are multinational corporations or investing in them.

It has become imperative for African governments to eliminate corporate income tax holidays; embark on public review of all corporate tax incentives, and ensuring incentives are commensurate with the expectation of citizens; subject all phase of new incentives to legislative approval; refrain from entering into stability clauses when negotiating new corporate tax incentives and investment agreements; develop appropriate mechanisms for adequate oversight of corporate tax incentives; develop double tax treaty policy framework and a model treaty to define what policy outcomes are most beneficial to Africa; adopt and effectively implement Thabo Mbeki’s Panel recommendations on IFFs; mandate DFIs to take an active role in promoting responsible tax practice and policy and more effectively safeguard against harmful tax practices.

African governments are further urged to actively participate in the worldwide movement towards the automatic exchange of tax information as endorsed by OECD and the G20; treat trade transactions involving tax haven jurisdictions with the highest level of scrutiny by customs, tax and law enforcement officials; and strongly enforce all anti-money laundering regulations.

UBEC: Why Hamid Bobboyi Was Reappointed For Another Term, by Abubakar...