The Federal Government’s excessive borrowing from the Central Bank of Nigeria through the Means and Ways Advances window can have adverse effects on the apex bank’s monetary policy and subsequently harm domestic prices and exchange rates.

This was disclosed in the monetary policy category of the CBN’s Frequently Asked Questions page.

Under the sub-section, titled ‘Can the Federal Government frustrate the Central Bank of Nigeria from pursuing its monetary policy?’, it was stated that there were certain distortions or surges in the monetary base due to the central banks financing deficits.

The response read in part, “Yes, when the Federal government exceeds its revenue, the CBN finance government deficit through Ways and Means Advances subject (in some cases) to the limits set in the existing regulations, which are sometimes disregarded by the Federal Government.

“The direct consequences of the central bank’s financing of deficits are distortions or surges in monetary base, leading to adverse effect on domestic prices and exchange rates i.e macroeconomic instability because of excess liquidity that has been injected into the economy.”

Ways and Means Advances is a loan facility by the central bank to finance the government during temporary budget shortfalls subject to limits imposed by law.

The Federal Government’s rising borrowing from the CBN has been a source of concern to economic experts and stakeholders.

A global credit rating agency, Fitch Ratings, had in January 2021 raised concerns over the Federal Government’s repeated recourse to its Ways and Means facility with the CBN.

It criticised the CBN for allowing the Federal Government’s borrowing to exceed the five per cent limit.

“The CBN’s guidelines limit the amount available to the government under its Ways and Means Facility to five per cent of the previous year’s fiscal revenues.

“However, the FGN’s new borrowing from the CBN has repeatedly exceeded that limit in recent years, and reached around 80 per cent of the FGN’s 2019 revenues in 2020,” it said.

The agency said that the use of central bank financing in Nigeria could raise pose macro-stability risks in the context of weak institutional safeguards that preserve the credibility of policymaking and the ability of the central bank to control inflation.

Although Fitch Ratings said it expected the Nigerian government to reduce its use of the CBN facility, it remains unclear whether the apex bank would cut down on its continued financing of the government’s deficit.

Economic Confidential had reported that the Federal Government’s total borrowing from the CBN through the Ways and Means Advances ballooned to N15.51tn as of June last year, estimated at 2,286 per cent increase in six years, according to a CBN data.

The N15.51tn owed the CBN by the Federal Government is not part of the country’s total public debt stock, which stood at N38tn as of September 2021.

In the first six months of 2021, the Federal Government borrowed N2.4tn from the CBN, more than half of what it got in 2020.

In the first 11 months of 2021, the Federal Government spent N1.12tn as interest payment on Ways and Means Facility, according to the Minister of Finance, Budget and National Planning, Zainab Ahmed, during the public presentation of the 2022 approved budget.

However, the DMO had said that it was working out plans to restructuring the CBN’s overdrafts for government financing, to a long-term debt.

According to Section 38(i) of the CBN Act, 2007, the bank may offer temporary advances to the Federal Government to cover the deficiency of budget revenue at such rate of interest as the bank may determine.

The Act says, “The total amount of such advances outstanding shall not at any time exceed five per cent of the previous year’s actual revenue of the Federal Government.

“All advances shall be repaid as soon as possible and shall, in any event, be repayable by the end of the Federal Government financial year in which they are granted and if such advances remain unpaid at the end of the year, the power of the bank to grant such further advances in any subsequent year shall not be exercisable, unless the outstanding advances have been repaid.” 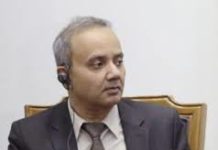