Barely 17 months to the end of his tenure, President Muhammadu Buhari finally appointed an Economic Adviser. This is coming after years of facing criticism for failing to appoint one since 2015.

The new kid on the block is not so new to the system. He had about two years ago been appointed by the President to chair his Economic Advisory Council. That appointment was also criticized because the Council was made up of the best brains around like Bismark Rewane and others but they were put in merely advisory, not executive, positions where they would have had the mandate to use their knowledge to influence the performance of the economy.

Doyin Salami, 59, comes with a lot of experience as a scholar and economist of repute. He is an associate professor at Lagos Business School and Pan-Atlantic University, where he leads sessions in the Economic Environment of Business. He is a doctoral degree graduate of Queen Mary College, University of London. His research interests include corporate long-term financial management, macroeconomic policy, corporate competitiveness and risk management, as well as focus on small and medium enterprises (SMEs).

He served as a member of the monetary policy committee of the Central Bank of Nigeria (CBN) and the federal government’s economic management team (EMT). He was also a crucial part of the transition committee of the Goodluck Jonathan administration in 2015 as vice-chairman.

Salami is the chief executive officer (CEO) of Kainos Edge Consulting Limited, a consulting firm. He is a known proponent of free market economy.

What does he Bring to the Table?

Before his appointment, the economy had suffered two recessions in less than seven years with the country taking top positions in key negative economic indices like unemployment, poverty, inflation etc.

In the press statement announcing his appointment, Presidential spokesman, Femi Adesina, said Salami would address all issues on the domestic economy and present views on them to the President. He will also closely monitor national and international developments, trends and develop appropriate policy responses. Salami will also develop and recommend national economic policies to foster macro-economic stability, promote growth, create jobs, and eradicate poverty, among others.

While it remains to be seen whether Salami would be able to deliver on the above task and rescue the economy from its near collapse, within the short time he has, some analysts have reacted to his appointment with cautious optimism while some see it as too little too late.

Bala Zaka, an energy economist with a hard stance on President Buhari’s performance, described the appointment as a vote of no confidence on the performance of the National Economic Council (NEC) chaired by Vice President Yemi Osinbajo, but said the decision “is not too late. “If you have travelled a million miles and suddenly realise you are heading towards a wrong direction, the best decision is to turn to where you are coming from. So, it does not matter how many years the President has left. It is good that he makes the decision. If he succeeds in getting to where he started the journey, somebody else can take over from him. The good thing is that the President has confirmed that the National Economic Team was not doing well,” he said.

Zaka said many Nigerians would eventually commend the President for the appointment if it rights the wrongs with the macroeconomic outlook. He noted that if only it prevents the country from falling off the cliff, it was the best decision.

In a contrary view, David Adonri, a financial expert and stockbroker, said the appointment amounted to “crying after the head has been chopped off”. He described the appointment as extremely irrational, wondering the difference Salami’s coming would make.

“The President had put together some of the best as members of PEAC headed by the same Salami. If he did not listen to the Council, I doubt if he will listen to him in his new capacity. At best, I think the new appointment is window-dressing; he would not have needed this appointment if he listened to them.”

Adonri also pointed out that Salami’s economic thoughts are at variance with the economic philosophy of the President and his team, He wondered how the marriage would work with the appointee holding an opposing view to his boss.

Salami obviously has his job cut out for him. Whether he succeeds or not would depend on how much the President is willing to listen to his expert take on issues, and how much support he gets from the President’s kitchen cabinet. 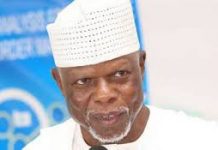 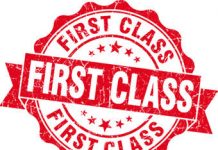 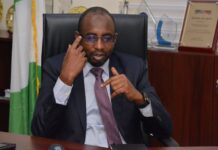 Nigerian Students In Diaspora: What They Don’t Tell You, by Maryam...