The Lagos State Government has paid a sum of N34.13 billion into the Retirement Savings Account (RSA) of retirees in the Mainstream, Local Government, State Universal Basic Board (SUBEB), Teaching Service Commission (TESCOM) and other Parastatals of the state government in the past two years.

The retirees numbering 8,707 are those under the Contributory Pension Scheme (CPS) since the advent of Governor Babajide Sanwo-Olu’s administration in October 2019.

The governor, represented by Commissioner for Establishment trainings and Pensions, Mrs. Ajibola Ponnle at the 90th Retirement Bond Certificate Presentation to retirees of the Lagos State Public Service held at Radio Lagos Marquee Tent over the weekend said the State has continued to be the leading light, not only in the administration of pension benefits but generally in good credible Governance.

He disclosed that another set of 421 retirees went home with a sum of N1.53 billion.

He assured that the amount has already been remitted into retirees respective RSAs with the Pension Fund Administrators (PFAs) in addition to their monthly Contributions.

He said: “With such commitment and performance, it is not surprising that retiring officers in the Lagos State Public Service now look forward to retirement with more confidence and joy. I will continue to run an open government of inclusion that will ensure no one is left behind. No matter your gender, sex, tribe or special needs as long as you reside in Lagos, we will make Lagos work for you’’.

“Furthermore, let me assure you that the Lagos State Government through LASPEC will continue to ensure that Public Service retirees not only get what is due to them statutorily, but also continue to receive, through other Agencies and programmes, additional support and assistance that will add value to their lives in retirement”, he noted.

The Director-General LASPEC, Babalola Obilana added that since the inception of the CPS in the country, Lagos State has consistently prioritized pension contributions in the Annual State Budget.

He stated that the State does not owe monthly pension contributions as both employee and employer’s contributions are remitted promptly into individual employees’ RSAs after salaries are received. 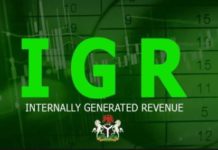 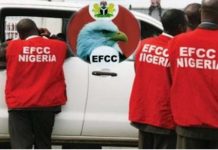