TETFund Extends Support To NIPRD, Other Agencies For Drug Production

The Tertiary Education Trust Fund (TETFund) has promised to provide ‘mega research support’ to four public agencies for the purpose of producing drugs.

It listed the National Institute for Pharmaceutical Research and Development (NIPRD) as one of the agencies that will benefit from the support.

The Executive Secretary of TETFund, Prof Suleiman Bogoro, disclosed this yesterday during a virtual meeting on the ‘Institutionalisation of R and D in Nigeria’s Pharmaceutical Subsector Thematic Group’, which coincided with the one year anniversary of the establishment of the TETFund Research and Development Standing Committee (RDSC).

Bogoro, who did not provide details of the identity and specific research activities the other agencies are expected to undertake, noted that the NIPRD would collaborate with the Forestry Research Institute of Nigeria, Ibadan, to carry out research and production of Phytomedicine.

He said: “TETFund will be providing mega research support to some agencies, and in a matter of days, maximum of one or two weeks, I may be sitting with about four entities that have been identified. “And I am happy to mention here that NIPRD will be leading the mega research thrust in respect of drug development, and I intend to request that they work with one or two entities.”

Speaking on the institutional arrangement of the proposed National Research and Development Foundation, (NRDF), he said the foundation would be subsumed under the Office of the Secretary to the Government of the Federation (SGF), when it is established, stating that the agency would not be domiciled in a single ministry.

The TETFund boss expressed belief that activities of the RDSC are gradually and firmly transforming perceptions about research in the country, adding that the committee was changing people’s opinions about the appropriate direction that the country must take, going forward.

“We should be proud of what we are doing for our country. So let’s remain focused. The patriotic resolve of all members has been the secret of the success of RDSC. At a time that COVID-19 has ravaged the world, we are turning to the experts, as the pharmaceutical scientists have significant and central role to play,” he said.

Also, the Chairman of TETFund RDSC, Prof NjiddaGadzama, who delivered the anniversary speech at the meeting, said since its inauguration on September 24, 2020, the committee, which comprises 165 members and 13 thematic groups, has produced about 32 different reports.

Gadzama said although the committee’s work was done during very difficult times of COVID-19, it paid advocacy visits to several appropriate bodies and agencies with visible R and D outputs in Nigeria, adding that such visits have consolidated its thinking that the new paradigm of knowledge-based economy would enhance the GDP of Nigeria. 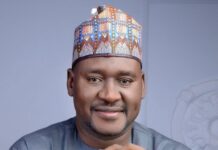 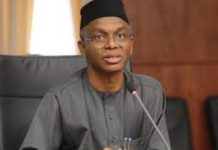 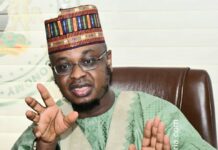 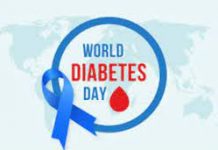 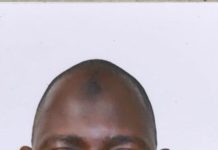