The Central Bank of Nigeria announced that InfraCorp Plc, the N15trn Infrastructure Fund which will boost funding for capital projects, will be launched in October.

The CBN Governor, Godwin Emefiele, disclosed this on Tuesday in Abuja at the annual banking and finance conference organised by the Chartered Institute of Bankers of Nigeria.

He said that the project, which was conceptualised by the CBN alongside African Finance Corporation and the Nigerian Sovereign Investment Authority, will help to address the challenge of infrastructure deficit in the country.

He said, “In this regard, I am pleased to announce that InfraCorp, the infrastructure company being created by the CBN, African Finance Corporation and the Nigerian Sovereign Investment Authority to raise N15trn, will be unveiled in October, 2021.

“InfraCorp would enable the use of mostly private capital to support infrastructure investment that will have a multiplier effect on growth across critical sectors.

“The purpose of the N15tn being raised is to address some of our infrastructure needs, while providing reasonable returns to investors.

“We believe this well-structured fund can act as a catalyst for growth in the medium and the long run. The support of the banking community will be important in achieving this objective.”

The CBN Governor also noted that Nigerian banks have become not only strong and resilient, but have also carved a good niche in the world.

To consolidate on the growth and resilience of Nigerian Banks in the last decade, he said that the Central Bank, will, in the next 12 months be establishing the Nigerian International Financial Centre.

The NIFC, according to him will act as an international gateway for Capital and investments, driven by technology and payment system infrastructure.

National Theatre creative hubs for our youths as well as the E-naira project which will also debut in October 2021. The NIFC will take advantage of our existing laws such as the BOFIA 2020, NEPZA and other CBN regulations to create a fully global investment and financial hub where monies, ideas, and technology will move freely without hindrance.

This new financial hub, he noted, will curate local and international banks to make them global champions.

He said the NIFC will be a 24/7 Financial centre that will complement London, New York and Singapore financial centers and enable an acceleration of Nigeria’s home grown initiatives such as the Infracorp Plc.

The NIFC, he noted, will also complement the CBN’s initiatives on the Nigerian Commodity exchange and the
National Theatre creative hubs for our youths as well as the E-naira project which will also debut in October 2021.

Emefiele explained further that the NIFC will take advantage of existing laws such as the BOFIA 2020, NEPZA and other CBN regulations to create a fully global investment and financial hub where monies, ideas, and technology will move freely without hindrance.

On digital connectivity, he said robust payment system has continued to evolve towards meeting the needs of households and businesses in Nigeria.

Reflective of the confidence in the country’s payment system, he said between 2015 and 2020, close to $500m worth of funds have been invested in firms run by Nigerian founders.

He added that the bank was targeting a 15 per cent inflation rate and a annual Gross Domestic Product growth of between 2.5 – 3.0 per cent at the end of the year. 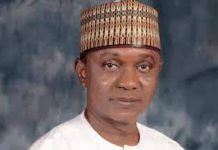 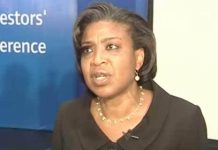 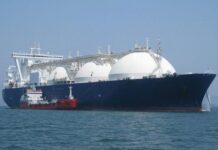 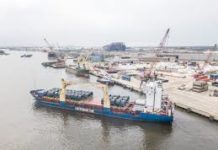