The contracts include those of road construction, erosion control and purchase of incinerators for hospitals and the offices of the National Centre for Disease Control.

The approvals were given at a meeting of the council presided over by the President, Major General Muhammadu Buhari (retd.).

The Minister of Works and Housing, Babatunde Fashola, told State House correspondents at the end of the meeting that during the meetings of the Economic Sustainability Committee set up to manage the impact of COVID-19, the Federal Road Maintenance Agency was saddled with the responsibility of executing extensive labour works on road repairs.

As a result of that, the minister said FERMA then had a total of 191 road repairs, rehabilitation and intervention projects nationwide.

He added, “Now, there are 10 roads that require to come to the Federal Executive Council because of their financial threshold level. Out of those 10 projects, three were presented today.

The Special Adviser to the President on Media and Publicity, Femi Adesina, spoke about the contracts for erosion control and incinerators totalling N17.75bn.

For incinerators, he listed the contracts as the supply and installation of 12 on site flameless/smell-less incinerator for the National Blood Transfusion Centres in some Federal Medical Centres and Teaching Hospitals which was awarded to Black Wheel Multi-Links Ltd in the sum of N823.677,900.00; and the supply and installation of six containerised incinerators for the National Centre for Disease Control, one in each geo-political zone awarded to STJ Integrated Resources Limited in the sum of N658,938,450.00.

They both have delivery period of six months each.

Adesina also listed approvals for award of contracts for emergency procurement of first and second quarters 2020 soil erosion/flood and pollution control accelerated intervention projects to include: 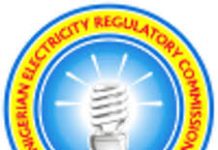 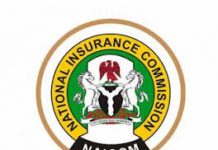 Who Is Fit Enough To Wear Enyeama’s Big Boot? by Aderonke...