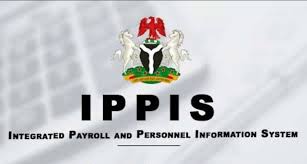 The Office of the Accountant General of the Federation (OAGF) has accused the Academic Staff Union of Universities (ASUU) and staff of other tertiary institutions of plans to evade taxes as the controversy over government’s effort to migrate them to the Integrated Payroll and Personnel Information System (IPPIS) rages.

Reacting to the claims by ASUU and staff of other tertiary institutions that the migration platform was shortchanging them as they now would be earning less, the OAGF said all deductions were statutory.

Tertiary institution unions, led by ASUU, had alleged that IPPIS was deducting their salaries and allowances to the extent that their take home was now only 50 per cent or less of what they usually earned.

The OAGF in a statement signed by Henshaw Ogubike, the Director, Information, Press and Public Relations, said OAGF “is not unaware that there are bound to be teething challenges arising from migration of tertiary institutions onto IPPIS platform”, but that the challenges would be resolved with cooperation of all parties.

Reacting to the concern of over-reductions of the Pay as You Earn (PAYE) tax claim by ASUU, OAGF claimed that the rates previously paid by ASUU members were wrong.

In the statement, OAGF said, “It is important to note that all state governments of the federation made claims on the Federal Government to pay the differential arising from underpayment of tax by these institutions.

The Federal Government has paid several billions on behalf of these institutions because of their underpayment of PAYE tax.

The request by the tertiary institution unions to formalise tax evasion through IPPIS is not only untenable, but an unpatriotic request to violate extant laws on tax.”

The unions also accused the OAGF of non-receipt of salaries after payment. This, the OAGF explained that it “arose because the names on the payroll are not in uniformity with the names in the bank.” Another issue raised by the unions is the Employee Pension Contribution (EPC) deductions of 7.5 per cent.

ASUU claimed that the EPC should be based on basic salary and not on consolidated salary, and that it had increased their employee deductions thereby reducing their take home. On the National Housing Fund (NHF) which is 2.5 per cent of basic salary, the OAGF said the deductions were lawful and refundable during retirement with interest.