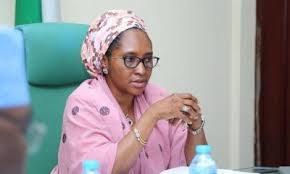 Some finance and economic experts have called on the Federal Government not to rush into joining the West Africa single currency arrangement that would make Nigeria to adopt the “Eco” as its official currency instead of the naira.

The experts who spoke to our correspondents in separate telephone interviews said such move would not be beneficial for Nigeria at this time when many of the ECOWAS countries had yet to meet the convergence criteria set for the monetary union.

Those that spoke included a professor of economics at the Olabisi Onabanjo University Ago-Iwoye, Ogun, Sheriffdeen Tella; the Registrar, Institute of Finance and Control of Nigeria, Mr Godwin Eohoi; and a developmental economist, Odilim Enwagbara.

All of these African countries are former French colonies with the exception of Guinea-Bissau.

The Federal Government had on Monday said it was studying the decision and would take action on the development soon.

Eco is the name of the currency that is being adopted by ECOWAS countries under its single currency regime for the West Africa sub-region.

The idea of the single currency for the West African region was first mooted almost 30 years ago in the hope of boosting cross-border trade and economic development.

There are three primary and three secondary criteria that a country must achieve to be included in the monetary union.

So far, only Togo had met all the convergence criteria within the last two years for the monetary union

Tella urged the Federal Government to be mindful of the inherent risks before taking a decision on the monetary convergence.

Tella said, “The francophone countries have always been under a monetary union and so it’s quite easy for them to fulfil some of these criteria.

“The Federal Government should not study it alone, it should do so together with other anglophone countries together.

“You cannot have a perfect condition to start a monetary union.

“Those countries that are championing it should come together with the little ones like Liberia, Sierra Leone, Gambia and hold a meeting and determine the time to join.”

He said while Nigeria had a huge market and account for the largest economy within the region, the Federal Government should come up with a five to 10-year industrialisation agenda to enable it to enjoy the benefits of the monetary union.

In his comments, Eohoi said while the single currency initiative would facilitate trade, there was need a for Nigeria to be cautious before entering the monetary union.

He said, “The single currency would have been good for international trade within the African continent but we need to be cautious.

“We should study the terrain very well so that we will not just go into a deal that will affect us. You can see that the African countries are relying on Nigeria to grow their economies.”

Enwagbara said that Nigeria should not join the monetary union if the currency to be adopted was not denominated in naira.

He said, “Eco has been hijacked by France and taking it to Europe is an insult to Africa because we are not a colony of Europe.

“Nigeria is not supposed to join such currency unless such a currency is in form of the naira because we are the largest economy in Africa and the economy of the whole West Africa added together is not up to half of the Nigerian economy.”

Adoption of ECO, wakeup call for Nigeria, others

The Director General, Lagos Chamber of Commerce and Industry, Dr Muda Yusuf, on the other hand, said the adoption of the Eco by francophone West African countries was a wake-up call for Nigeria and the anglophone countries.

Yusuf noted the adoption presented a strong signal of the readiness of the countries to advance the cause of economic integration in the sub-region.

He said, “The monetary union represents a much higher level of economic integration.

“Although beyond the signalling effect, not much would change as a result of change of name from the CFA to Eco. The currency will still have some link to the Euro, since France is a member of the EU.”

Yusuf noted that the pace of economic integration among the francophone countries was faster than in the anglophone West African countries.

“In a sense, it is a wake-up call for Nigeria and other Anglophone countries in the sub-region. These countries need to make up their minds about their commitment to the vision of economic integration,” he said.

He pointed out that the adoption of a common currency had long been on the economic integration agenda of the Economic Community of West African States, adding that this should have been accomplished as far back as year 2000, going by the integration programme of ECOWAS.

“Nineteen years after, the sub-region is still grappling with the preliminary phases of economic integration, which are the free trade area and the Customs union,” he stated.

Yusuf said the adoption was a fitting precursor to the commencement of the African Continental free Trade Area agreement.