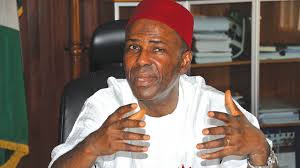 Minister of Science and Technology, Dr Ogbonnaya Onu, has ruled out the possibility of a developed economy in Nigeria that is not anchored on indigenous science, technology and innovation.

Onu spoke at the presentation of 43 patents by the Patent Registry and Designs at an event organised by the National Office for Technology Acquisition and Promotion in Abuja on Monday.

The minister said that it was only through innovation that a nation could build a sustainable economy as such innovations should eventually translate into products and services which the country should showcase to the global community.

Onu said that the high unemployment rate plaguing Nigeria could be addressed if the nation imbibed the culture of innovation, adding that if China could provide jobs for its more-than-one-billion population, Nigeria should be able to do so through science and technology.

He said, “The best way to measure development and innovation is by the number of patents produced in the country. If our population continues to grow, it is a great problem if we don’t manage it well. Even our foreign friends know this. We see this as young people die in the Mediterranean Sea trying to cross to Europe.

“Patent is one of the early stages in the commercialisation process. We want Nigeria to become one large laboratory where everyone can be involved in innovation. Innovation is finding a better way to do something.

“From patents, a lot of businesses can spring up. Then, they can employ people that are looking for jobs. There is no development that is sustainable without science, innovations and technology.”

The Director- General of NOTAP, Dr DanAzumi Ibrahim, said the number of patents which NOTAP had assisted institutions and individuals to secure had risen under the tenure of Onu from six in 2015 to 93 in 2018.

The NOTAP boss attributed the growth to the push received from Onu who had said six patents were too small for a whole year. He assured that more patents would still be secured for some innovations before the end of the year.

Some individuals that were not associated with any institution also received patents for their innovations.