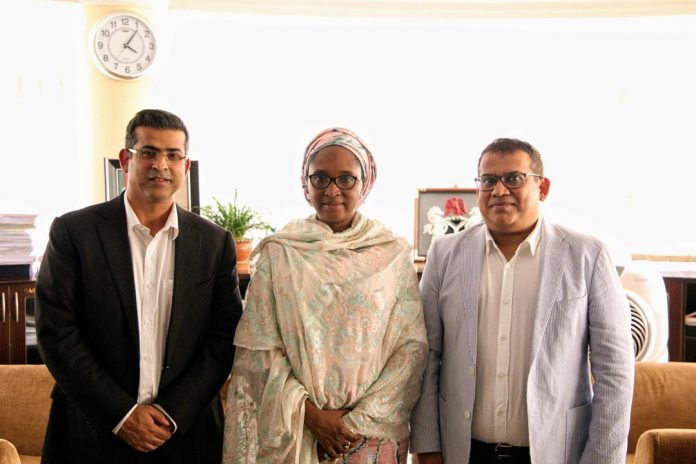 FG Excited Over Firm’s $600m Investment In Iron Ore, Steel Production
….to generate 36MW of power
The Federal Government at the weekend, expressed excitement over firm’s $600 million (N183 billion) investment in an integrated iron ore mining processing and steel production.
This was disclosed by the Minister of Finance, Zainab Shamsuna Ahmed, during a meeting with the firm, African Natural Resources and Mines Limited, in Kagarko Local Government Area of Kaduna State, led by Mr Raj Gupta.
According to a statement by the Minister’s Special Adviser on Media and Communications, Mr Paul Ella Abechi, the investment will boost the solid minerals sector and the entire economy, which will lead to increased revenue generation and job creation under the diversification policy of the Federal Government.
She said, “In a bid to diversify away from oil and increase government revenues, I met this evening with African Natural Resources and Mines Limited led by Mr. Raj Gupta who are investing $600m in an integrated iron ore mining, processing and steel production project in Kagarko Local Government, Kaduna State.
“This is about the first major investment in the mining sector in more than two decades. The project will have a capacity of 5.4 metric tonnes per annum and will create 3,500 direct jobs and thousands of indirect jobs.”
According to her the steel plant will generate 36 megawatts of electricity to the national grid that would boost the already generated megawatts of power for other economic activities.
“About 36 megawatts of electricity is to be generated from the waste heat which will increase power supply to Kagarko Local Government to help develop other industries and urbanize the local area. The surplus will also be added to the national grid.”
The Minister further explained that the company’s steel will carry out beneficiation, pelletizing and convert iron into direct used iron for steel manufacturing and that it will galvanise the industrial space into a hub of production of finished goods for local consumption and export.
“The integrated steel manufacturing project has its focal point in mining iron ore, beneficiating, pelletizing and transforming into Direct Reduced Iron (DRI) which is the primary raw material in steel manufacturing.”
Expressing optimism the Minister said the project will massively impact on the local people and the nation at large based on the potential it has to transform the socio-economic life of Nigerians.
“This project will drive industrial and community development, generate more power, create employment for locals, substitute imports, crude steel production, royalties and reposition the mining sector”, she stated.