The Vice President, Prof. Yemi Osinbajo, yesterday said it was no longer possible to achieve a robust growth trajectory as well as realise the much desired inclusive growth without proper attention to the Micro Small and Medium Enterprises (MSMEs) sub-sector of the economy.

He said the sector not only contribute significantly to the economy but also serve as an impetus for economic diversification.

Osinbajo has also reiterated the call on world leaders to treat crimes bordering on Illicit Financial Flows (IFF) the same way they attended to drug trafficking, human trafficking and terrorism in order to uproot the malaise impeding development in Nigeria and Africa.

This is coming as the Governor of the Central Bank of Nigeria (CBN), Mr. Godwin Emefiele, has challenged the banking industry to complement the apex bank’s various initiatives aimed at increasing lending to the real sector, especially the MSMEs in the country.

Speaking at the opening of the 11th Annual Banking and Finance, Conference with the themed: “MSMEs: The Game Changer for Economic, Growth and Development”, the vice president, who was represented by the Secretary to the Government of the Federation (SGF), Mr. Boss Mustapha, added that the federal government is currently working round the clock to put the country in its rightful place in the world economy.

He said this would be achieved through the provision of key physical infrastructure, technology and innovation as well as conducive atmosphere for small businesses to thrive.

Osinbajo said: ”I want to assure the international and local business communities that this administration will continue to provide a more secure business environment and commit more to these ideals in the interest of economic development in Nigeria.

“We shall continue to provide physical infrastructure and make every part of the country attractive to investors.”

He said though achieving the desired friendly business environment is still work in progress, all hands must be on deck to develop it and bring it to the desired level.

In his speech, Emefiele challenged the banking industry to complement the apex bank’s various initiatives aimed at increasing lending to the real sector, especially the MSMEs in the country.

He argued that the CBN has done so much in de-risking the SMEs sub-sector as well as providing funds for on-lending to small businesses, adding that it’s now the turn of banks to complement the apex bank’s efforts by improving lending to the MSMEs which is considered as critical to economic growth diversification agenda of the current administration.

Speaking at the CIBN conference, organised by the Chartered Institute of Bankers of Nigeria (CIBN), Emefiele, who was represented by CBN Deputy Governor, (Economic Policies), Dr. Joseph Nnanna, said: “It is now left for us the financial intermediaries of the economy to support and complement these efforts.”

He said the over 27 million SMEs across the country could not be ignored if the economy must be diversified.

The CBN governor said MSMEs continued to face harsh business environment and restricted access to infrastructure as well as apathy on the part of financial intermediaries to lend to the sub-sector.

Nevertheless, he noted that the CBN had designed initiatives to reduce the financing gaps to small businesses and increase access to low cost financing and entrepreneurial capacity.

On his part, the CIBN President, Dr. Uche Messiah Olowu, said MSMEs should be the game changer given their potential and expected contribution in an emerging or developing economy.

In another development, Osinbajo has reiterated the call on world leaders to treat crimes bordering on Illicit Financial Flows (IFF) the same way they attended to drug trafficking, human trafficking and terrorism in order to uproot the malaise impeding development in Nigeria and Africa.

Osinbajo, in addition, urged that proper sanctions be meted out to countries that have not been cooperating in the fight against IFF, pointing out that the huge amount stolen annually from Africa could have prevented austerity, provided necessary infrastructure for development, quality education for the citizenry among other social benefits.

He made the call yesterday in Abuja while declaring open a two-day International Conference on Combating Illicit Financial Flows and Enhancing Asset Recovery for Sustainable Development.

The conference which is the second to be organised by the Presidential Advisory Committee against Corruption (PACAC) in conjunction with the African Union, Ministry of Foreign Affairs, Ministry of Justice and the Federal Inland Revenue Service, among others, is aimed at proffering ways of improving sanctions and enforcement mechanism for perpetrators of illicit financial flows and other acts of corruption.

While recalling the international collaboration that saw the repatriation of Nigeria’s $321m from Switzerland, Osinbajo, however, remarked that Africa’s efforts at stemming IFF depends largely on their capacity to prevent and repatriate illicit financial flows.

“This administration has prioritised asset recovery and the government has been able to recover some stolen assets from within and outside Nigeria, with the priority to invest the resources for policies that will ensure sustainable development,” he said. 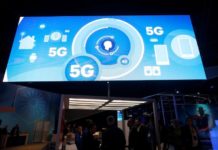 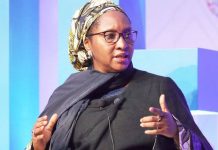 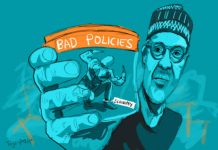 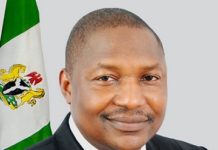