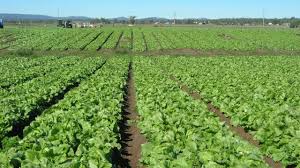 Heritage Bank Plc has said it is committed to leading the way in agricultural financing in the country.

The Divisional Head, Corporate Communications, Heritage Bank, Mr. Fela Ibidapo, was quoted in a statement as saying that the bank would contribute towards the sustenance, growth and development of the nation’s agricultural sector.

According to him, the bank, in its determination to deliver on this promise, is currently funding various agricultural projects in several states, especially Oyo, Kaduna and Zamfara.

He said Heritage Bank had entered into a partnership with the Oyo State government to support the multi-billion Oyo State Agricultural Initiative, a programme designed to revive agriculture, boost agro-allied businesses and empower the youths and women across the state through the creation of thousands of jobs in the sector.

According to him, the bank is also supporting an agro-investor, Triton Aqua Africa Limited, with a N2bn facility in collaboration with the Central Bank of Nigeria under the Commercial Agriculture Credit Scheme.

It said the facility would enable TAAL to set up a fishery production chain in Lagos, Oyo and Osun states.

According to the statement, the country has had to rely on importation to augment the shortfall with an estimated cost implication of about $700m yearly in foreign exchange.

He said the partnership between Heritage Bank and TAAL would help reverse the trend, adding that the firm would use the facility to expand its aquaculture businesses by setting up a nursery/hatchery for the production of fingerlings and brood stock as well as earthen ponds for catfish and tilapia in the three states.