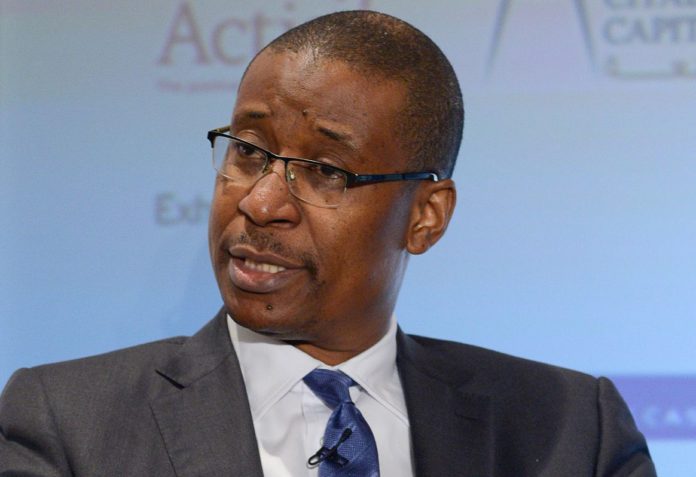 The Federal Ministry of Industry, Trade and Investment (FMITI) under the leadership of the Hon. Minister, Dr Okechukwu Enelamah, has rolled up it sleeves to lead the government’s efforts towards actualization of the Economic Recovery and Growth Plan (ERGP).

This was demonstrated at the 2017 Management Retreat for the ministry and its parastatals held in Makurdi, Benue State capital. The retreat was timely with the theme ‘Implementing the Economic Recovery and Growth Plan through Industry, Trade and Investment’ as President Muhammadu Buhariadministration beams its searchlight on the paths out of the current economic recession.

While appraising the forum as an opportunity for the management to review performances and trends as well as discuss the urgent need to chart a path for growth and sustainable development of the economy through trade and industrialization, DrEnelamah extoled the virtue of the Ministry in nation building, adding that it has the onerous task to work towards actualising ERGP within a short time.

Speaking further, the Minister said that “the ministry has a great role by creating a conducive business environment that will facilitate infrastructural development of Small and Medium Scale Enterprise (SMEs).” He added that the FMITI is a key sector in the drive towards economic diversification of the country by promoting rapid industrialization, trade and investment in the nation.

Canvassing for implementation of Nigerian Industrial Revolution Plan (NIRP) through infrastructural build up, one of the resource persons at the event, Dr. Ayo Teriba, an economist, argued that the pace at which government policies on economic growth and development move is slowed owing to the infrastructural decay.

He noted that there is urgent need for proper and sustainable funding of infrastructural facilities that support the NIRP initiatives such as “implementation of incentives and concessions in respect of identified sectors under the NIRP.”

According to Dr. Teriba, “appropriate guidelines for allocation of concessionary interest rate and foreign exchange by the Central Bank of Nigeria (CBN) in favour of productive activities such as import of agriculture and industrial inputs” will not only strengthen the investors’ confidence in the economy but it will go a long way to boost industrial activities in the country.

In his presentation, a resource person and Trade Advisor to the Minister, Amb.ChieduOsakwe, said Nigeria’s economy is in bad shape as a result of wrong past economic and policy negotiations at the international fora, stressing that Nigeria has entered into several bilateral and multilateral agreements which were negotiated on behalf of the country by non-experts.

Amb. Osakwe noted that “the decision by the Federal Executive Council (FEC) to establish the Nigerian Office for Trade Negotiations (NOTN) is great.” He added that it is time to “review all Nigeria’s trade agreements and Memorandum of Understandings (MoUs) and renegotiate or exit those that do not serve Nigerian’s interest.”

The retreat which also featured visit by the Minister to major industrial sites in Makurdi, provided opportunity for some captains of industry to express their yearnings to the federal government. Lamentations by the industrial actors revealed that power and public infrastructural decay such as road is still a leading problem debilitating growth of the industries in the country.

In the same vein, the Representative of the United Nations Industrial Development Organization (UNIDO) to ECOWAS and Regional Director, Nigeria Regional Office Hub, Mr. Jean Bakole,  expressed worry that the country is still ranked very poorly in the Ease of Doing Business 2017 report,  as the country ranked 169th in 190 countries.

According to him, the recent rank has shown that Nigeria is one of the most difficult places to do business. Within Africa, the country is ranked 37th in 52 countries, doing better than just 15 other nations.

This came to the fore at the 57th Annual General Meeting and Conference of the National Association of Chamber of Commerce, Industry, Mines and Agriculture (NACCIMA), held in Abeokuta, the Ogun State capital.

The theme of the conference ‘Enhancing Ease of Doing Business in Nigeria: An Impetus to Economic Recovery and Sustainable Growth’ was applauded by Bakole, saying that this was coming at an auspicious time as ease of doing business creates the needed impetus for economic recovery and sustainable growth, especially as the country is battling recession.

Bakole added that asides not being friendly when it comes to doing business and taking business decisions by investors, the country failed woefully in every parameter used in measuring, which includes starting a business (ranked 138), construction permits (174th), electricity (180th) and paying taxes (182nd). Others are trading across borders, enforcing contracts and resolving insolvency. He revealed that a good business environment is a prerequisite for the growth of manufacturing and services, an area the country is seriously lacking.

Even among the MINT (Mexico, Indonesia, Nigeria and Turkey) regarded as emerging economic giants, the country is not doing well. Pointing out best practices other countries have adopted that have made it easier to do business in them which Nigeria could emulate, he urged public and private partnerships that efforts should be made to harness the country’s human, natural and material resources for national development.