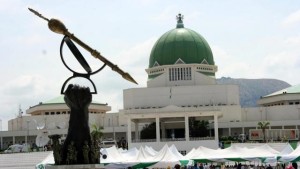 The recently approved 2017 national budget finally gets the nod of the Presidency by way of asset, then the ministry of communications and its two affiliate agencies, the Nigerian Communications Satellite Limited, NigComSat and the Nigerian Postal Services, NIPOST, respectively, they would actually be spending more on capital and less on recurrent as earlier proposed.

This followed the adjustment of its appropriation bill sent to the National Assembly which saw an increase in the total budget for the ministry from N18.8 billion to N19.3 billion for the fiscal year. Vanguard checks showed that the increase reflected in the capital budget which was increased to N8.1 billion from N7.5 billion earlier appropriated by the ministry. Also, the approved budget revealed that the recurrent expenditure for the ministry was slashed to N11.192 billion from N11.206 billion earlier budgeted for the year.

The budget which seems to be National Assembly’s was of cutting off unnecessary costs of governance, showed that of the law makers cut off about N212 million from N172.6 million and N128.3 million proposed for travel and miscellaneous expenditure respectively. Meanwhile, the NASS approved N47.7 million for honorarium and sitting allowance of the ministry in the fiscal year. This is in addition to N8.6 million earmarked for acquisition of canteen/kitchen equipment.

Some of the items that got large chunk of the capital vote include purchase of computers which got N534.2 million allocation, office building N70.7 million; land acquisition N251 million and office furniture and fittings N168 million. However, the ministry got approval of N36 million for power generating sets; N19.8 million for printers while N16.6 million fire fighting equipments.

There was no change in the capital expenditure proposal of the agency as the NASS approved the N1.579 billion earlier submitted. There was a slight reduction from the recurrent expenditure proposal which was reduced from N2.331 billion to N2.330 billion proposed by the ministry. Further breakdown of the budget shows that the Nigerian Postal Service, NIPOST, still accounts for zero allocation for capital expenditure out of N7.915 billion approved for the agency as against N7,544,169,142 earlier proposed.

On recurrent expenditure, NIPOST accounts for the highest vote of N7,915,195,845 billion out of the total of the same amount approved for the agency. A breakdown of the budget showed that the minister and the two subsidiary agencies will spend a whooping sum of N48,572,239 million on miscellaneous items and another N172,566,975 million on travels and transportation in the year under review. N1,247,289,810 billion is for repair of fixed assets N52,500,000 million and N5,000,000 for utilities, indicating that NIPOST has no capital project to be executed in the fiscal year.

JUST IN: First Time In Over 2 Years, CBN MPC Raises...