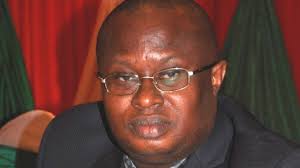 Nigeria has lost about $235bn worth of investments on the back of the failure to reform the oil and gas industry, even as the Federal Government struggles to pay up over $9bn cash call arrears to oil firms.

The Chairman, PENGASSAN and NUPENG National PIB Committee, Mr. Chika Onuegbu, stated this at the 2nd Save Nigeria Oil and Gas Industry Roundtable Conference in Port Harcourt while making a presentation, a copy of which was made available to our correspondent.

He spoke on ‘The funding regimes in the Nigerian oil and gas industry: Challenges, failures and panacea’.

Onuegbu noted that the country had planned to increase crude oil production capacity to three million barrel per day in 2003 and four million bpd by 2010; raise crude oil reserves to 40 billion barrels by 2010, and eliminate gas flaring by 2008.

He said, “Suffice it to say that achieving and realising these objectives would inter alia require investments in the petroleum sector, which in turn would require the appropriate funding levels and mix to deliver the investments.

“It is therefore not surprising that Nigeria is yet to achieve any of the three key national aspirations for its oil and gas sector some seven years after the 2010 target year. To make matters worse, funding for the joint venture operations for some years now has been capped $5bn per annum, while arrears of cash calls have increased tremendously, rising to over $9bn as of September 2016.”

He said addressing the funding challenges was one of the key objectives of the Nigerian oil and gas sector reform, which was kick-started in April 2000 by the administration of President Olusegun Obasanjo but had continued to suffer setbacks.

Onuegbu said, “Consequently, Nigeria has lost some $235bn of investments due to its inability to legislate on the proposed reforms in its oil and gas industry: Over $15bn yearly investments withheld or diverted by investors to other countries because of the uncertainty as investors do not know which rules will guide their investments; and another $120bn potential earnings in six years, from 2010 to 2016 had the reforms proposal (PIB) been passed into law in 2009.”