Home Financial FG to Raise $1b from Asset 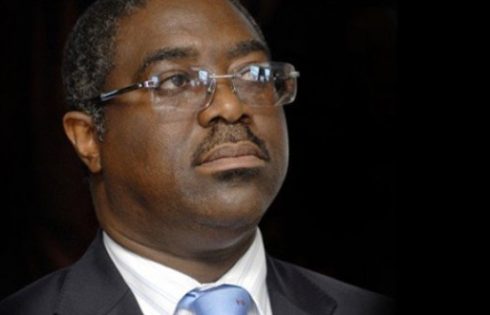 The National Economic Council (NEC) has approved the proposed Nigeria Voluntary Asset and Income Declaration Scheme (VAIDS), which will take off on May 1.

It is expected to yield about $1billion to the Federal Government’s purse.

The Chairman of the Federal Inland Revenue Service (FIRS), Babatunde Fowler, broke the news to State House correspondents at the end of the NEC, chaired by Vice President Yemi Osinbajo.

He was joined at the briefing by Abia State Governor Okezie Ikpeazu and Kaduna State Deputy Governor Bala Bantex.

He said the scheme would capitalise on the considerable international goodwill already built by President Muhammadu Buhari in his mission to rebuild Nigeria.

The policy, he said, is necessitated by the under payment of tax via the use of tax havens and other evasion strategies, which he noted had not been helpful to Nigeria.

According to him, the practice has been principally perpetrated by multi-national companies and high networth individuals, making Nigeria to have the lowest non-oil tax to GDP at 6%.

The policy will also capitalise on the current global movement against tax evasion and illicit financial flows. It will offer a window for those who have not complied with extant tax regulations to remedy their position by the provision of limited amnesty to enable voluntary declaration and payment of liabilities.

The VAIDS scheme targets to increase the tax to GDP ratios to 15% from just 6% by 2020 while simultaneously generating revenue and encouraging investment and economic activity “as only 214 individuals in the entire country pay N20 million or more in tax annually”.

“The scheme is intended to cover all back taxes without any limit to time on how far back a tax assessment can go where a taxpayer has wilfully defaulted.”

The scheme is to run from May 1, for up to six months. There will be incentives to encourage early participation.

“Tax payers will be allowed up to three years to settle their liabilities. Revenue expected from the scheme is conservatively estimated at US$1 billion,” Fowler said.

On the role of state governments, the FIRS boss said based on initial estimates, at least 50% of the funds recovered will belong to states who are the ultimate collectors of personal income taxes.

Bantex said the National Security Adviser (NSA), Babagana Munguno, briefed the Council on the security situation in the country, with particular reference to the Boko Haram insurgency in the Northeast, cattle rustling, ethnic militias/security outfits and kidnapping, among others,.

According to him, the NSA blamed the situation on unemployment, which he described as a major security threat.

The Council, according to him, agreed to hold an extraordinary session to discuss security matters, especially as it has to do with the economy.

Ikpeazu, who spoke on deforestation, said the Council backed the suspension of wood export.

Banks’ Consumer Loans Increases By 31% To N2.55trn On Rising Inflation