Home Business Petrol sells for N155 per litre in Auchi 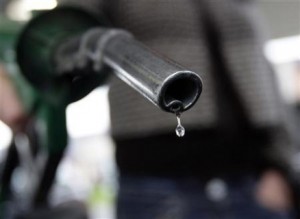 The price of petrol has gone up from the official pump price of N145 per litre to between N150 and N155 in Auchi, Etsako West Local Government Area of Edo.

A News Agency of Nigeria (NAN) correspondent who observed the situation reports that some filling stations are selling the product above government approved pump price.

The price hike has caused an increase in transport fares within the area.

Two transporters, Philip Ikhalomeh and Isaac Imodu, lamented that the price hike would further worsen the economic situation in the area.

They said some filling stations had adjusted metres to reflect the new pump price and called on government to intervene.

“The Federal Government needs to intervene immediately to save motorists from further economic difficulties.

“The agencies in charge of price regulation should arrest the dealers who are selling this product above government approved price of N145 per litre,’’ Imodu said.

However, the Manager of Supreme Filling Station, Mr Idris Hassan, said that the hike in the pump price was due to the increase in depot price of the commodity.

“The price of the product has increased in the depot as a result of the high exchange rate.

“For us to remain in business we have no option than to increase the pump price,’’ he said.
NAN