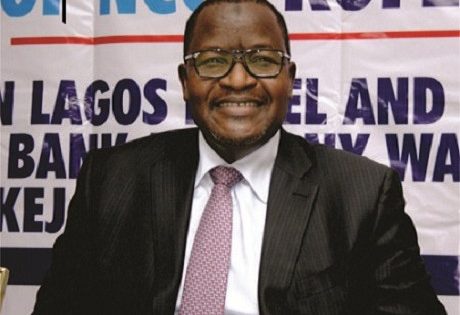 Distinct commonalities often stand out in bold relief about most academics and intellectual heavyweights who find themselves in public service. They are usually transformational, out-of-box thinkers who swiftly roll out comprehensive blueprints, which encapsulate their vision and mission for new challenges. Exuding supreme confidence is another trait they share, which perhaps explains why they could be daring in decision-making. Nonetheless, they won’t shy away from chipping in quality contribution to public discourse – which their intellectual cutting-edge enables them to do rather effortlessly.

Prof Charles Chukuma Soludo probably shocked the nation’s banking industry with his audacious consolidation policy. Mallam Sanusi Lamido Sanusi’s out-of-box strategy provided the shield we badly needed as a nation during the 2007 global financial meltdown. Akinwumi Adesina boldly attempted to revolutionalise our agricultural sector with his business model. And, Malam Nasiru Elrufai was fearless both as the Director-General of Bureau of Public Enterprise (BPE) and as the Minister the Federal Capital Territory (FCT).

However, while Soludo as the number one banker in the country chose to consolidate, Elrufai as the man spearheading the privitisation of the nation’s public utilities was busy unbundling the behemoth energy corporation that was supplying meagre amount of megawatts of electricity to the giant of Africa. He also midwifed the telecom sector reform we currently enjoy.

Yet, we now have Prof Umar Garba Danbatta, the Executive Vice-Chairman of the Nigerian Communications Commission (NCC), who announced his entry into the telecom industry with yet another big-bang decision. No sooner had President Muhammadu Buhari appointed him than he wielded the big regulatory stick in the nation’s telecom sector. He would follow that with his 8-Point Agenda, a roadmap of aligned strategic management policy of NCC.

Interestingly – like Soludo or other intellectual giants mentioned above – that Danbatta has managed to mix his time-consuming assignment at the NCC with public intellectualism is something worth underlining. Indeed, it is not only the nation’s broadband that is witnessing a quantum leap in terms of expansion under Danbatta’s leadership of the NCC – growing from 10% to close to 21% as revealed by ITU-ENESCO Broadband Commission for Sustainable Development, but his contribution to public discourse cannot go unnoticed.

Danbatta received a standing ovation of respected colleagues last year when he presented a lecture titled, “The National Broadband Plan as a Catalyst for Social and Economic Transformation: The NCC Mandate”, at the Nigerian Academy of Engineering.

It wasn’t the first time though that he would receive this kind of appreciation. It is on record that the professor of telecommunications engineering was the first NCC boss to address the executive course of National Institute for Policy and Strategic Studies (NIPSS). Just last week, Danbatta wowed the academic community of University of Nigeria Nsukka after joining the league of eminent Nigerians like former President Olusegun Obsanjo to deliver the convocation symposium of the revered varsity. He spoke on the Role of ICT Infrastructure in Tertiary Education in Nigeria: NCC Intervention.

However, it was much more than what the title suggests. Danbatta referenced the works of renowned economists and social scientists to buttress points. He would intermittently quote from Joseph Eugene Stiglitz, Rodrick or Joseph Schumpeter.

Indeed, while the presentation was generously spiced intellectually, in terms of statistics and academic citations, Danbatta chose to draw the curtain on it with a clarion call for all and sundry to begin to see the role of digital transformation beyond the realm of statistical figures churned out by the industry.

He went on, “We can go beyond that and explain how ICTs have impacted to provide shared and sustainable prosperity; how ICTs have succeeded in reducing poverty; how they improve learning and make the society more open, more mobile and cohesive. And, above all, how they encourage the economy to be more competitive and innovative. These are the ends of digital transformation and not the input-output figures we normally reel out.”

For Professor Danbatta, “It is in Nigeria’s national interest to harness potentials that exist in the information-driven age through the deployment and exploitation of ICT to facilitate socio-economic development and improvement of the human condition.”

He said the Less Developed Countries (LDCs) are now grappling with a broadband divide in addition to infrastructure, knowledge and information divides. “Of the world’s over five billion broadband subscriptions, North America and European Union control over 50% while South America and Sub-Saharan Africa, where Nigeria belongs, account for only 3% of this global share,” he lamented.

Yet, as Danbatta continues to use the platforms of different public forums to spray us generously with his intellectual perfume, we must not lose sight of the fact that the industry he superintends over has also shown remarkable performance during his tenure.

Figures from the National Bureau of Statistics (BPE) shows that in spite of the challenging waters of economic downturn the nation is waddling through, the telecom sector was, last year, contributing between N 1.4 trillion to N1.5 trillion to the GDP, the highest it has recorded in its history. The industry is hoping that the trend will be sustained for a very long time. And it has Danbatta is not short both the passion and the blueprint to ensure that.

Yakubu Musa, SA (Media) to the EVC-NCC wrote in from Abuja 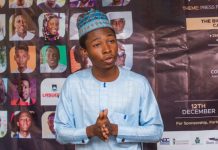 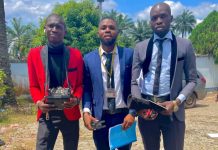 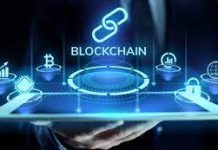