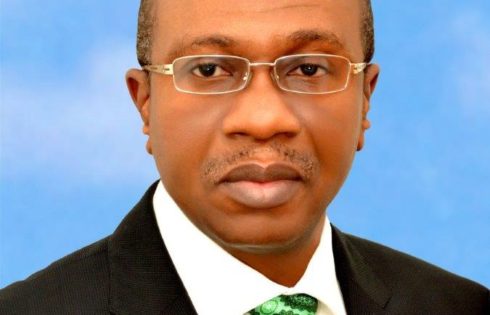 The Central Bank of Nigeria, CBN, has resolved to retain all monetary policy rates, amid fears the new U.S. government’s decision to review trade agreements with most countries could negatively impact global economy.

At the end of the Monetary Policy Committee meeting, the monetary policy rate for banks and businesses was retained at 14 per cent, while Cash Reserve Ratio (CRR) was left at 22.5 per cent and liquidity ratio at 30 per cent.

The CRR sets the specified minimum fraction of customers’ total deposits commercial banks can hold as reserves either in cash or deposits with the Central Bank.

At the post-MPC meeting briefing, the CBN governor, Godwin Emefiele, said in Abuja that the liquidity ratio was kept within the symmetric WINDOWof +200 and -500 basis points around the MPR.

Mr. Emefiele, who said the economy was still in recession, said it was time government stepped up efforts to settle domestic indebtedness to states to help revamp the economy.

He said part of the efforts should include attempts to revamp some moribund industries that helped create jobs in the past, to create employment opportunities for young university graduates.