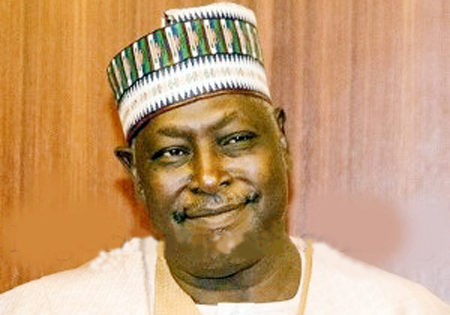 The Federal Government has said it is owing former Presidents and ex-Heads of State including Goodluck Jonathan, Olusegun Obasanjo and Shehu Shagari allowances since January this year.

This was made know on Thursday when the members of the Senate Committee of Federal Character and Intergovernmental Affairs, led by Senator Tijjani Kaura, visited the Office of the Secretary to the Government of the Federation.

Explaining the reason why the former heads of government were owed, the SGF, Babachir Lawal, said it was due to unavailability of funds for the service-wide votes for salaries of ex-presidents.

Lawal said, “There is a department responsible for the payment of former Presidents. Presently, funds are not available in service-wide vote to do that. We are aware there was a protest in Bayelsa State that the former President (Jonathan) was not paid and we have explained that he is not the only one affected.

“Others affected are the interreligious council, traditional rulers’ council and so on. For some reasons, we have been writing and writing but there has been no response. And there is presently no money to pay them.

“The budget for this year’s Democracy Day was N33m and we had to do it on credit; we have yet to pay. There are lots of retreats which ought to be organised but there’s no money to do any. The last time we got any release was in August.”

A source at the Office of the SGF, who spoke on condition of anonymity, hinted that the non-payment of former presidents was due to the lack of approval by President Muhammadu Buhari.

According to the source, payment schedules have been sent to the President for his approval several times, which are needed to access funds in the service-wide vote for the purpose, but all attempts in that direction are to no avail.

The visiting senators, however, dismissed Lawal’s explanation, insisting that joint efforts should be made between the Office of the SGF and the committee towards ensuring that the leaders were paid the arrears.

The lawmakers, who took turns to slam the SGF over the development, also emphasised the need to draw the attention of the Budget Office and the Ministry of Finance to the issue, with a view to having it addressed “immediately.”

The vice-chairman of the committee, Senator Suleiman Hunkuyi, described the non-payment of the former presidents as abnormal.

He said, “What we have seen here is an abnormality. Before referring any matter to the National Assembly, it is a function of the executive to appropriate funds. Therefore, the SGF should understand that there is something wrong in this office that must be addressed.

“There is no way you can run the expenses of this office without cash backing. We definitely have to draw the attention of the Budget Office and the Ministry of Finance to the problems.”

“We can understand if former President Goodluck Jonathan has not being paid because he just left office. But for someone like Shagari, who lives from hand to mouth, it is something I can’t understand. This development is really unfortunate. It doesn’t indicate seriousness and it doesn’t indicate fairness.”

In an attempt to persuade the senators, Lawal further explained, “When I got into this office, there was a lot of money in this (salary) account but there was no TSA.

“Before the government left office, they jacked up salaries. We told former Presidents Jonathan and Obasanjo that they cannot earn twice what the others were earning. So, we told them we wanted to review it and we did. So, they now earn what the others earn as well.

“When I came into office, there was N1.5bn in the account. We had payment of all liabilities, which came to 700m. Then, we wrote to the President to return what was left to the TSA. That was how we came back to a zero balance.

“It is painful to me because, as a person, I know all of them (ex-presidents) personally. Now, why have we not been able to get the money? We requested a budget of N700m but the President has his way of doing things.

“Look around, you’ll see government vehicles breaking down every now and then. Really, I know the challenges the budget office is facing but the truth is that the funds are not just there. In any government, there are certain agencies that must be served first before others.

“However, we will lean harder on the finance ministry to see that the situation is turned around. As the SGF, I’m getting embarrassed and demeaned by chasing money coming from demands. All the MDAs come to me for things to be done and it is not quite easy, but we will try our best.

“Last year, these political appointees had nothing. As for assistance, we really need assistance, if not but to retain all what we have budgeted for.”

The entitlements of former presidents, heads of state and vice-presidents/Chief of General staff had a budgetary provision of N2.3bn for 2016.

The amount is captured under the service-wide vote.