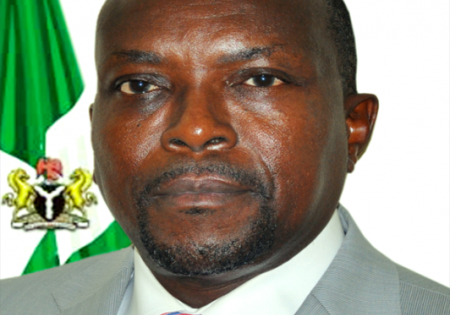 The Federal Government has sidelined the Bureau of Public Enterprises in the process of giving out key assets and infrastructure in several critical sectors of the economy, including aviation, petroleum and railways to private operators as concessions.

Investigation by our correspondent showed that a number of Ministries, Departments and Agencies of the government had sought and obtained approval from President Muhammadu Buhari to handle the concession of assets in their domain rather than channel the process through the government’s privatisation agency.

However, some of the assets slated for concession by the affected MDAs are already listed for commercialisation, sale or concession in the BPE Act. These include the airports, the Nigeria Railway Corporation and the Nigerian National Petroleum Corporation.

In the Ministry of Aviation, for instance, the Minister of State for Aviation, Senator Hadi Sirika, recently constituted the Project Steering Committee and Project Delivery Committee to handle the concession of some airports to private investors. The BPE is not represented in the committees.

Sirika is the chairman of the Project Steering Committee, which has the responsibility to provide the general direction and steer the course of public-private partnership project concessions in the aviation sector.

Inaugurating the committee, the minister said the driving force behind the Federal Government’s resolve to concede the airports was overriding national interest in ensuring the establishment and sustenance of world-class standards in both infrastructural development and service delivery.

Other members of the committee are the ministry’s permanent secretary; relevant chief executive officers; director-general of the Infrastructure Concession Regulatory Commission, director of planning in the Ministry of Transportation; representatives of the ministries of Justice, Budget and National Planning, and Finance, and the deputy director of the PPP unit in the ministry, who serves as the secretary.

The Project Delivery Committee, which has the ministry’s director of planning as chairman, is mandated to monitor and evaluate, as well as carry out impact assessment of PPPs/concessions to ascertain value for money on investment; make recommendations to the steering committee on matters of policy reappraisal, review or changes, as may be necessary.

The parent Ministry of Transportation, which is in charge of the railway transportation, has also been in negotiations for the concession of some rail lines.

Investigation by our correspondent showed that although the BPE was represented in the committee put together to handle the concession process, its proposal for competitive bidding was rejected.

It was learnt that the ministry preferred to negotiate with few identified companies rather than open a bidding process that would be “winding and long.”

The Federal Government had recently announced that General Electric would take over the management of the Abuja-Kano rail line under a concession plan between January and March 2017.

At the Ministry of Petroleum Resources, the NNPC, working in collaboration with the ministry, has also sought and received approval for the concession of the nation’s four refineries.

The spokesperson for the NNPC, Mr. Garba-Deen Mohammed, who confirmed this in a telephone interview with our correspondent, however, said there was no plan for the sale of the Nigeria LNG Limited, where the NNPC has majority shareholding.

Mohammed said what the corporation had received was an approval for the rehabilitation and upgrade of the refineries, which would be handled through concession.

According to the ministry, about $1.8bn is required for the rehabilitation of the four refineries.

Investigation by our correspondent also showed that the BPE’s proposal for part sale of the refineries was rejected.

It was gathered that the agency had proposed equity sale of 51 per cent if the government was interested in retaining interest in the refineries instead of sinking funds that were not available into rehabilitating them.

However, the NNPC spokesperson said the government would not spend money on the rehabilitation of the refineries, adding that while it would maintain ownership of the refineries, private operators would be invited to repair and upgrade them with their money, which they would be allowed to recover later.

Mohammed said although the corporation had received proposals towards this end, the process would start when it was advertised.

“We have received proposals. They are waiting for adverts. Once that is done, the refineries should be in good shape within a period of 12 months,” he explained.

Our correspondent also learnt that the failure of the government to constitute the National Council on Privatisation 17 months after it came to power emphasised the negligence of the privatisation agency.

The NCP supervises the BPE and there are decisions that the latter cannot take without the approval of council, which is usually chaired by the Vice President.