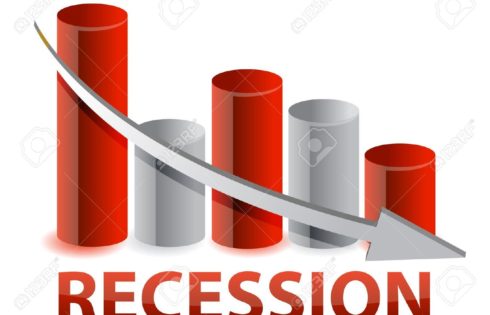 As Nigerians list opportunity costs of the present hard times and steps the Governments is taking to rescue the economy from the current shambles, the Africa’s richest man, Alhaji Aliko Dangote, recently suggested sales of some of the national assets in order meet urgent financial obligations.

Dangote, whose cynical critics described as a radical capitalist, had called on the Federal Government to sell off some of the public assets like the Nigerian Liquefied Natural Gas company, NLNG, and other dormant but huge capital-generating assets in the country, advising the Government to reinvest the proceeds into the country’s economy as a means of rescuing the nation out of the current recession.

Reacting the call, the Emir of Kano and former Governor of the Central Bank of Nigeria, Muhammadu Sanusi II, in cautious optimism, said, the country needs to get away from the idea of raising fund to build roads, airport, power plants to the idea of creating the environment that will enable private capital to achieve the same purpose, arguing that ‘We have to look at what is wrong with our growth model and the missteps that we have taken.
Any model that is xenophobic will not create jobs for Nigerians.’ Emir Sanusi, who sounds caution against corrupt way government’s businesses are being handled in the country, insisted that ‘We need to consider the sale down of some of our oil assets in a manner that do not hurt our strategic interest, we can even have a buy back clause if we want.’

Reacting, the Minister of Budget and National Planning, Senator Udoma Udo Udoma, said the primary objective of government’s fiscal stimulus plan is not to sell off all the major critical national assets but to source immediate funds to reflate the economy and implement capital projects in the 2016 budget. According him, the current economic situation prompted the nation’s Economic Management Team to urgently work out a fiscal stimulus plan to generate immediate large injection of funds into the economy through asset sales, infrastructure concessioning and use of recovered funds from treasury looters, among others, to mitigate the funding deficit.

However, anxiety over the sick economy has exacerbated following the release of fact sheet by the National Bureau of Statistics (NBS) indicating gross emaciation of the GDP by 2.06% in the second quarter of 2016, following a 0.36% decline in the first quarter.

Non-oil sector’s growth rate declined by 0.4% while the oil sector shrank by 17%. While agriculture which grew by 4.5%, ICT, and other services such as education were the bright spots, other sectors, notably manufacturing, construction, and trade services performed poorly.

Financial markets, most especially the equity sector, have also been in contraction as profitability of companies in the real sector nose-dived with low consumer purchasing power, and business confidence impacted by policy uncertainties. Capital flight, especially, portfolio outflows continued unabated as capital importation declined by 75.7% from a year ago, putting further pressure on the naira, which has since depreciated to more than N400 in the parallel market and to N320 against the U.S. Dollar in the official market.

Analysts argued that these and many more suggest why President Muhammadu Buhari is seeking emergency powers to revamp the nation’s ailing economy. Already, the business community has thrown its weight behind President, arguing that though some of the issues can be dealt with within the authorities of the executive while others need legislative actions, the proposal to fast track the procurement process in order to quickly activate the stimulus spending by government is a good step in the right direction.

Meanwhile, the Central Bank of Nigeria has, last month, decided to retain the Monetary Policy Rate, which is the benchmark lending rate, at the current 14 per cent. The decision was contrary to expectation of the Minister of Finance, Mrs. Kemi Adeosun, who earlier suggested the need for the apex bank to lower interest rates so that the government could borrow domestically to boost the economy without increasing debt servicing costs. Defending credibility of the action, the CBN Governor, Godwin Emefiele, said the apex bank decided to hold the lending rate in order to maintain its primary objective of price stability, adding that CBN had considered the numerous calls for rate reduction but came to the conclusion that the greatest challenge to the economy at the moment remained incomplete fiscal reforms, which raise costs, risks and uncertainty.

According to him when the rates were reduced to achieve these objectives, it was later discovered that rather than deploy the available liquidity to provide credit to agriculture and manufacturing sectors, it provided opportunities for lending to traders who deployed the same liquidity in putting pressure on the foreign exchange market. This, he lamented, resulted into limited supply of foreign exchange, thus pushing up the exchange rate.

Emefiele argued that ‘the issues here are that when you say reduce interest rates, there are two possibilities here. Firstly, you are saying that because you want it to spur credit to the private sector at lower rate. Secondly, which I have heard the fiscal authority talk about, is that they need to be able to borrow at lower rates to spend.

Our own view at the Monetary Policy Committee (MPC), which was exhaustively discussed, is that in the past, there was a time when the MPC took the decision to reduce the policy rate and the cash reserves. These were intended to lower rate and encourage spending to the private sector. After we did that, the following meeting we said because we did not see the impact of credit to the private sector that we needed to further reduce the CRR.”

Responding to a question that the decision to hold the benchmark interest rate was against the call by Adeosun to reduce it, the governor said that borrowing at lower rates to spend on consumption in an economy not backed by industrial capacity would further fuel inflation. He maintained that “but… if you borrow at lower rates to stimulate spending, what that does is that it simulate demand for goods, but when you stimulate demand for goods by providing cash or money to be spent without taking action to boost industrial capacity, manufacturing capacity and output, what happens is that you will see a situation where too much money will be chasing too few goods, which will worsen the inflationary conditions that we have now.

And that is why we are saying that the option that we would like to adopt is while the fiscal authority is going ahead to spend, what we want to do is to retain the rates where they are so that that will again encourage the inflow of capital, because between July and now, we have seen the inflow of above $1bn.”

Criticizing the CBN’s decision, the Director-General, Lagos Chamber of Commerce and Industry, Mr. Muda Yusuf, opined that “What is desirable at this time is to stimulate growth and create jobs. My view is that lower interest rates will benefit the economy more than it will hurt it. The truth is that the economy is afflicted by challenges of a multidimensional nature, rooted in structural weaknesses, tight monetary conditions, forex policy shortcomings, weak institutions and floundering investors’ confidence. Fixing the problems requires proper strategic responses from the fiscal, monetary and political governance fronts. And these response actions are not necessarily mutually exclusive. Indeed, they should be taken together.

The economy surely has profound issues with infrastructure; but high cost of funds is also one of the major problems, which investors are worried about. “There is a need at this point to agree on what the national economic objective should be. This is why I will agree with the proposition to have a retreat among the key actors in the fiscal, monetary and political governance space to agree on a common direction and strategy to rescue the economy.”