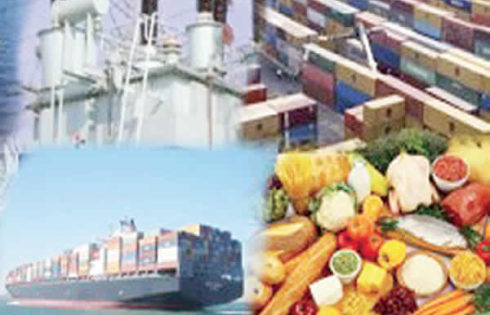 There is no doubt that Nigeria has acquired for herself an acronym of mono-product economy following her over-dependence on oil sector which been responsible for over 70 per cent of government income and over 95% of export earnings. Agriculture, which was before now, the mainstay of the economy was gradually relegated to the background and the black gold took over.

The proceeds of cocoa in the south-west was used to build Cocoa House in Ibadan, the old western region headquarters by late Chief Obafemi Awolowo in addition to large production of cassava, maize, plantain, fruits, coffee, palm oil, kolanut among others in large quantities. Also, the North by that time was recognised for their active harvest of cotton used by textile industry and host of other crops such as tomatoes, rice, millet, sugarcane and groundnut; while the old eastern state was known for the production of yams, vegetables, palm kernel, palm wine and ethanol, which were exported to other countries. All these products yielded the desired foreign exchange, apart from increasing our foreign reserve.

However, the reality of the current economic downturn has shifted the attention of the country’s economic drivers to diversification of the economy whereby the non-oil exports covering solid minerals and agriculture are given topmost priorities.

Economic experts have called on the economic team of President Muhammadu Buhari to encourage active investment in the non-oil sector following incessant drop in the global oil prices and the activities of the Niger Delta Avengers that led to reduction in the crude oil production from about 2.2 million barrel per day to about 1.1 million.

In her effort to chart an economic road map for the country, the federal government has put up a deliberate plan give non-oil revenue a face-lift to shore up the needed resources and return the country to part of growth and development, hence the efforts by the respective Ministries, Departments and Agencies(MDAs) to tow the part of current change mantra of the Buhari administration.

It is in the light of these developments that the Minister of Mines and Steel Development, Dr. Kayode Fayemi has in recent times canvassed for institutional investors and foreign direct investment (FDI) in ensuring that the solid minerals sector as a non-oil industry attracts the needed investment in enhancing revenue generation and the diversification of the nation’s economy. The investment in Ajaokuta Iron and Steel and the discovery of essential minerals in the industry have made it a future investment hub for the country.

Agriculture sector has always contributed to the nation’s economy in the areas of food production, poultry, fishing, animal husbandry among others. Food importation has caused so much concern for our farmers, as these imported products and their cheap nature has made local farmers to lose patronage. The huge import bill coupled with lack of patronage for locally manufactured products have a telling effect on farmers and manufacturers.

However, the new deal is that, while many of these products have been banned, a deliberate campaign has been mounted in order to change the Nigerian mentality for foreign goods and services, apart from encouraging local production and planting of crops in large quantities to meet the nation’s food demands.

Non-oil export sector had in recent time contributed to the increased revenue being shared among the three tiers of government from the federation account. The result has been a gradual return to patronize ‘Made in Nigeria’ goods and services. Economists have called on the executive to avoid selling national assets, instead have better diversification model of the economic activities to include non-oil sector by implementing and pursuing ‘Doing Business and Investment Climate’ adjustment in the country.

An entrepreneur, Mr Bassey James, the Managing Director of Bascon Nigeria Limited urged President Muhammadu Buhari to look for alternative options to selling national assets as a way-out of the current economic recession. He said the nation need to harness aspect it has competitive advantage to revamp the economy by encouraging investment in agriculture, manufacturing, industrial production and entrepreneurship.

He called on Nigerians to support the current administration through investments in non-oil export sectors by seeing export activities as a means to earn foreign exchange and stop the penchant for imported products and cling to locally manufactured goods.
Also, the 22nd edition of the Nigerian Economic Summit Group (NESG) slated for October 10th to 12th emphasized the need for Nigerians to embrace self-sufficiency as a possible substitute to improve Nigeria’s declining economy. The summit will be held in Abuja with the theme ‘Made in Nigeria’.

The Minister of Budget and National Planning, Senator Udoma Udo Udoma said the NESG will encourage more production and consumption of Made in Nigeria goods and services as it provides opportunities for private and public sector to converge to discuss issues relating to the nation’s economy. He said, the more locally made goods and services are patronised, the better for international demands and export led growth will add to our foreign reserves and help stabilize the naira.

A financial analyst and columnist, Opeyemi Agbaje, CEO, RTC Advisory Services Limited said the nation need to provide the right policy framework for better economic output by attracting both foreign and local investors and fine-tune the foreign exchange conundrum. He stressed that Nigeria economy is already diversified due to reduced impact of the oil sector which gave the non-oil sector opportunity to significantly contribute to the nation’s GDP. He attributed the ‘Made in Nigeria’ goods as a strong domestic non-oil sector, including agriculture, manufacturing, tourism, education and Nigeria industries exporting to the world.

The Executive Director of the Nigerian Export Promotion Council, (NEPC), Mr Olusegun Awolowo said Nigeria has adopted its ‘Zero Oil Plan’ targeted at achieving increased earnings from non-oil sector to $30 billion in the next five years. The current statistics indicate that the non-oil sector revenue is currently $2.7 billion. He said the nation have to start looking for new drivers of the economy totally different from oil as a major panacea to the current economic realities and called on Nigerians to embrace mushroom farming to boost the nation’s foreign exchange earnings.

For instance, the Director of African Centre for Mushroom Research and Technological Innovations, Prof. John Okhuoya, said mushroom was in demand in the United States, Europe and Asia because of its health benefits. African mushroom is sought after because it is used to produce drugs as it was recommended for the treatment of ailments including high blood pressure, diabetes and hypertension.

The Trade Promotion Advisor of NEPC, Mr Maruf Salami said: “The importance of non-oil sector to our national economy and its pivotal role in industrialisation especially in this period of dwindling oil revenue cannot be downplayed. Farmers must be introduced to modern ways of cultivating mushrooms to meet international standards thereby bringing out the distinct features of export business as opposed to domestic trade.”

Many entrepreneurial borrowing opportunities have been put in place for farmers, small and medium scale businesses across the country. Some of these include ANCHOR Borrower’s Programme of the Central Bank of Nigeria, the BOI YES programme for the youth, the NEXIM bank N500 billion Export Stimulation Facility (ESF) and the N50 billion Export Rediscounting and Refinancing Facility (ERRF) among others. These initiatives and intervention funds are aimed at making food available in large quantities in the country, apart from taking the nation out of the current high prices and reduce the impact of crude oil on the nation’s economy.

The Agricultural sector of the nation has been supported by many local and international agencies in recent times. The World Bank and Africa Development Bank had continued to provide loans to Nigerian farmers and industries to bring the nation out of the current menace. Non-oil exports can only be realized through massive investment in agriculture, solid minerals, manufacturing and other industries while the government consider its taxation policies in support of industrial growth and development of the country.

Experts have called on Nigerian government to realise that current economic standpoint can be traced to the problems of policy leadership and confidence. The government need to introduce a new economic restructuring agenda that will indicate a bold promise to investor-friendly environment to attract foreign investors.

The way-out is for the current administration to diversify the economy in the direction of non-oil export. Financial analysts and other economic stakeholders have suggested non-oil exports as the way out of this recession due to its significance to the current economic challenges. The agriculture, solid minerals, manufacturing and industries are the options left in this trying times. The experts maintained that the non-oil exports sector have the prospect to create employment for the nation’s unemployed graduates, make the nation exports its domestic products to the international markets to improve the gross domestic growth via foreign exchange earnings.