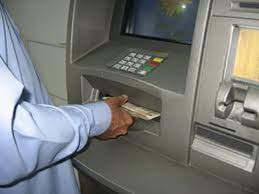 Thousands of United Kingdom and Canadian visa applicants and intending travellers wanting to book hotels online were stranded as Deposit Money Banks stopped their naira debit cards from being used for dollar and other foreign currency-denominated transactions.

The DMBs had on Friday stopped their naira debit cards from dispensing dollars to customers via Automated Teller Machines in foreign countries, as well as disallowed the cards from being used for online and Point of Sale transactions.

The banks cited dollar scarcity and volatility in the foreign exchange market as reasons.

Guaranty Trust Bank, Standard Chartered Bank and Stanbic IBTC Bank have already stopped the withdrawal of foreign currencies from the ATMs by their customers who travel abroad and cut the value of their online and PoS transactions to $100 per month.

The development made the UK visa applicants wanting to pay the mandatory $118 for the six-month and $499 for the two-year visas through their naira debit cards to be stranded.

Payment for the UK visa is done online via the government-designated website.

Travelling agents and applicants said they could not complete the UK visa application procedures on Monday. They said payments with naira debit cards of Guaranty Trust Bank Plc, Ecobank Nigeria, United Bank for Africa Plc and other banks were declined.

It was further learnt that intending travellers and visa applicants wanting to make hotel booking online could not do so as their transactions via the naira debit cards were declined by the banks.

“This is terrible. I am finding it difficult to pay for my UK visa online. I have filled the form. I have got to the payment section and I was trying to pay online but the transaction was declined,” a visa applicant, who identified himself simply as John, told our correspondent at the UK visa application centre in Victoria Island, Lagos on Monday.

The Chief Executive Officer, Flying Partner, a Lagos-based travel agency, Mr. Kunle Oladele, said, “We could not make payment for the UK and Canadian visa applications online. The few payments we made were done through our partners in foreign countries, who used international debit cards issued by foreign banks.

“We called our partners in South Africa, UK and the United States to do so for us. It is very terrible. I am not sure we can continue like this. Canadian visa applicants will have to go to the country’s visa office now.”

Bank officials told our correspondent on Monday that they could not help the situation, citing the scarcity of dollars as the reason for the suspension of visa payment services.

“There is no dollar again in the country. There is nothing we can do about it,” an official of GTBank told our correspondent on the condition of anonymity.

When our correspondent visited some bank branches, crowds of customers were seen filling forms to open domiciliary accounts and to obtain dollar debit cards.

Stanbic IBTC Bank and Standard Chartered Bank Nigeria had on Friday advised customers seeking to carry out transactions denominated in foreign currencies to apply for dollar or pound sterling debit and credit cards.

According to them, such cards will be linked to the customers’ domiciliary accounts.

The development has also made students studying in the UK, US, Canada, Ukraine and other parts of the world to face more challenges getting their monthly stipends from their parents.

Most of the students had relied on ATM card withdrawals to get their monthly stipends from their parents before now.

Although other banks have yet to announce the suspension of ATM card services abroad, findings by our correspondent showed that many lenders had reduced drastically the amount that customers could withdraw via ATMs abroad.

The decision by some banks to suspend overseas ATM card services and online forex transactions came barely one week after the Central Bank of Nigeria, through the Bankers’ Committee, raised concerns about what it called the indiscriminate and suspicious manner in which some bank customers were spending dollars and other foreign currencies abroad through their naira debit cards.

Consequently, the regulator said it had concluded that bank customers who spent above the $50,000 annual forex limit it imposed would be barred from the forex market.

Dollar scarcity has been ravaging the economy after the price of crude oil, Nigeria’s main forex earner, crashed from $115 per barrel in June 2014 to around $51.4 per barrel currently.

The nation’s foreign exchange reserves have been depleting since then.

Abuja Four Power Transmission Substations to be Completed in Dec –...