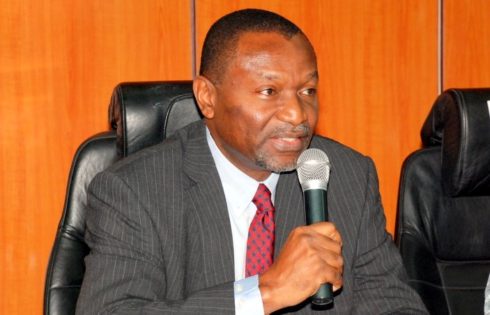 The Federal Government has said it would use the current economic crisis to unlock the potential of key sectors of the economy.

The Minister of Budget and National Planning, Senator Udo Udoma, stated this at the 57th conference of the Nigerian Economic Society held in Abuja.

The conference had as its theme: ‘The developmental state and diversification of the Nigerian economy’.

Udoma noted that the crisis had provided the government with the opportunity to make major structural adjustments needed to change the country’s economy for good.

The minister told the gathering of economists that the opportunity would be used to implement reforms needed to unlock the potential of the non-oil and high-employment generating sectors.

This, according to him, will enable the country to achieve sustainable inclusive growth that will ensure that majority of Nigerians become more productive.

Udoma said, “I want to emphasise that notwithstanding the current economic challenges we face, we are not discouraged at all, and this is a crisis we must not waste.
We should see this crisis as an opportunity for us as a country to make those major structural changes needed to change this economy for good.

“We should use this crisis to implement the reforms needed to unlock the economic potential of the non-oil and high employment sectors so as to achieve a sustainable inclusive growth that will ensure the majority of Nigerians to become more productive.”

He explained that the Federal Government had been working with state governments through the National Economic Council to ensure alignment of policies.

To further diversify the economy, the minister said the government was currently collaborating with the private sector to launch a ‘Made-in-Nigeria’ campaign, with the intention of encouraging quality production and massive consumption of locally made goods and services.

He explained, “There is no doubt that one of the fastest routes to grow our economy and to create jobs for our teeming population is by pursuing export-led growth.
This strategy also holds high promise for adding to our foreign reserves and further stabilising the naira.

“We are convinced that this is capable of delivering the desired results and has the potential for exports to increase foreign exchange earnings and shore up foreign reserves.”

The minister used the opportunity to explain that no final decision had been taken on the sale of any national assets.

He said government was still open to contributions and was looking forward to receiving recommendations from the conference as to how it could deepen and broaden the reforms being embarked upon.

Speaking after being conferred with the Fellowship of the NES, the President of the African Development Bank, Dr. Akinwumi Adesina, dispelled the speculation that Nigeria was in a debt crisis, insisting that the country remained the strongest economy in Africa.