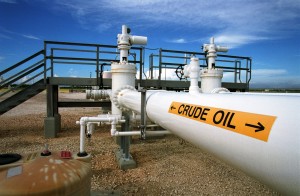 For the first time in over two years, the United States has taken over from India as the biggest importer of Nigeria’s crude oil, the latest monthly report from the Nigerian National Petroleum Corporation has shown.

US import of Nigerian crude rose by 577.8 per cent in the first quarter of this year compared to the same period of 2015, according to the NNPC data.

The US had in February bought as much as 12.12 million barrels from Nigeria, making it the second largest buyer of the country’s crude after India.

India had in 2013 emerged as the single largest importer of crude oil from Nigeria after significant drop in US imports amid the shale oil boom.

Exports of Nigeria’s oil to four of its regional markets fell by 8.82 million barrels in June, as five countries, namely, Indonesia, Ghana, Argentina, Senegal and Cameroon, did not buy any barrel of crude from the country.

Out of the five regions buying Nigerian crude, only North America recorded an increase in oil imports from the country as the US bought 10.79 million barrels, up from 4.76 million barrels in May.

Europe, Nigeria’s biggest regional market, slashed its imports to 16.09 million barrels from 21.57 million barrels in May, according to the latest monthly report from the NNPC.

Only India imported Nigerian crude from the region in June. Other regular Asian buyers include Indonesia, Malaysia, Singapore and Malaysia.

Nigeria’s oil exports to other African countries fell to 6.85 million barrel from 8.76 million barrels in May, as only Cote d’Ivoire and South Africa bought from the country.