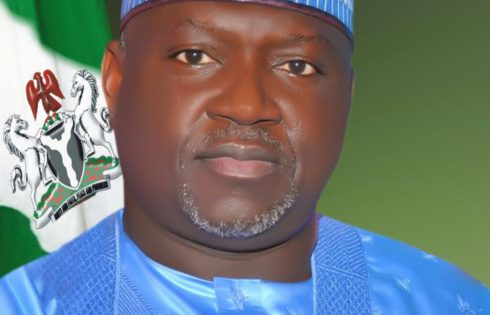 From just a simple survey conducted before this write-up, Mr. Sani-Omolori seems to be admired widely and revered by both fellow bureaucrats and even politicians, not because he knows more than them, but because you cannot ignore his administrative and legislative prowess, which has been a feature in his excellent career history in the public service. It has been his desire to see a National Assembly where capacity building would be a top priority as this would mean quality laws for the nation.

Recently, the Secretary General of the ECOWAS Parliament, Dr. Magbegbola Nelson paid him a courtesy visit to congratulate him on his deserved appointment and his reply was simple: “I can assure you of my burning desire to collaborate with other parliaments in the areas of capacity building for Nigerian lawmakers as well as provide the best advice in ensuring that quality laws are passed by the Nigerian National Assembly”. What again can I say!

The blue-blooded bureaucrat was born on June 7, 1961 in Okene, Kogi State. After completing his primary and secondary education in Okene, he proceeded to the prestigious Ahmadu Bello University (ABU), Zaria between 1979 and 1982 where he got a Bachelor of Law degree before proceeding to the Nigerian Law School in Lagos. While in the university he had various leadership positions such as member of the Students Parliament; Assistant Secretary, Law Students Union; and Secretary-General, Students Union Government (Kongo Campus between 1981-1982). Before heading to ABU Zaria, Sani-Omolori had attended the Katsina College of Arts, Science and Technology between 1977 and 1979 where he was the Secretary General, Student Union Government between 1977 and 1978.

He has worked in several places both in public and private sectors including being a Private Secretary in the Office of the Chairman, Ebira Traditional Council, Okene in 1982.

Sani-Omolori had a stint in private practice with some law firms between 1983 and 1984 from where he proceeded to the Ajaokuta Steel Company Limited where he served as Legal Officer between February 1985 and December 1989.

His quest and thirst for challenging opportunities moved him in 1990 to become Legal Officer in the former National Electric Power Authority (NEPA) for two years, before shifting his career search to the National Assembly in 1992 as a Legislative Counsel. The Ebira-born technocrat has not turned his back ever since he stepped his toes in the vicinity of the federal parliament where determination and divine providence have shot him through the ranks to get to the pinnacle of his career.

His first senior position in the National Assembly was Acting Director of Legal Services Department in 2002 where he became a substantive Director in 2007 and served for three years. He was promoted to be the Clerk of the House of Representatives on February 5, 2010 where he served until his appointment as the Acting Clerk to the Law-making arm of Government in Nigeria.