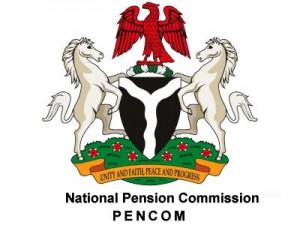 Pension operators in the country are increasingly getting uncomfortable with the moves being made by the Federal Government to use part of the N5.8tn Contributory Pension Scheme assets to fund infrastructure development and move the nation out of economic recession.

Operators, who spoke to the PUNCH aid it was wrong for government officials and senators to accuse the administrators of the CPS of holding on to the fund when the economy was going through a difficult time.

They insisted that contrary to that position, the fund was actually not idle.

“Despite the fact that we have been explaining that the fund is not idle but is invested wisely, because it belongs to the contributors and retirees who subscribe to the scheme, it is disturbing that government officials have continued to display their level of ignorance on how the scheme works by demanding that we should release the money to them,” one of the operators, who spoke on the condition of anonymity said.

The Director-General, National Pension Commission, Mrs. Chinelo Anohu-Amazu, said on Wednesday that there was a need for the government to provide adequate guarantees to secure investment of the fund in infrastructure.

She stated this at the African Pension Awards, which was organised as part of activities for the World Pension Summit.

There have been calls by stakeholders in the public and private sectors that the fund should be spent on addressing the infrastructural gap in the country.

However, Anohu-Amazu said while the commission was not opposed to the idea of deploying the pension fund for infrastructure, adequate mechanism must be put in place to ensure its safety.

The PenCom DG explained that pension funds alone would not be able to address the infrastructure needs of the country, adding that other sources of funding such as Public-Private Partnership arrangements should be explored.

She said, “Today, pension and social security systems serve as catalysts for generating pool of long term investible funds that can be used to develop necessary ingredients for economic development such as infrastructure.

“Given the current global economic challenges occasioned by the drop in commodity prices, the funds generated under viable pension schemes have become veritable sources of financial intermediation.

“In order to support economic development, it is fundamental that the pension fund is diversified to include investment in identifiable infrastructure, real estate and other key aspects of the real economy.

“In achieving this, pension funds require adequate guarantees by the government, in addition to the development of the enabling vehicles through which the investments will be made.”

Former President Olusegun Obasanjo had warned at the World Pension Summit on Tuesday that while the pension funds could provide the needed funding for developmental projects, caution must be taken in order not jeopardise the objectives of the pension scheme.

Obasanjo, whose administration was instrumental to the establishment of the CPS in 2004, said with the fund rising to about N5.8tn, there would always be the temptation to tamper with it for other compelling needs such as infrastructural development.

He said, “I am particularly happy that what we put together 10 years ago has become so successful that we have well over seven million employees captured from both the public and private sectors, and as you have heard, we have almost N6tn in pension assets.

“I like innovation and I like what you are talking about in the next two days – pension innovations and sustainability – but I will add two things. Your innovation must be with caution.

“When people have to work all the days of their lives that they are strong and they make contributions for their future, we cannot be too adventurous with the so called innovation because when they need the money, the money must be there.”

The former President added, “One of the things that makes me very happy about the pension scheme is that in the last five years or so, when almost anything goes about public funds, the pension fund remains sacrosanct, and I believe that is something we must preserve no matter what we do.

“Our innovation must be with caution and security. We must never reduce trust or eliminate trust from the pension fund. People must have trust that when they require money in their old age, in their retirement, from the money they have contributed, the money will be there.”

Obasanjo added that while he was not opposed to the idea of deploying the pension fund for infrastructure, it must be done in such a way that it would not affect the prompt payment of pensioners who had contributed to the scheme in their active days.

He said the sustainability and integrity of the pension industry was vital as any issue of mistrust from pensioners would lead to its collapse.

The Chief Executive Officer, RiskGuard Africa Nigeria Limited (Pension & Insurance), Mr. Yemi Soladoye, said that pension funds were long-term funds and that part of the reasons for creating them was to finance national development projects.

“As long as the issue of safety and security of the fund is guaranteed, it is okay to borrow the government part of the fund, because that it part of the reasons why we generate long-term funds,” Soladoye said.

He, however, pointed out that the bulk of the fund should be invested in government securities, because it would be safe there except the country was no longer safe for investment.