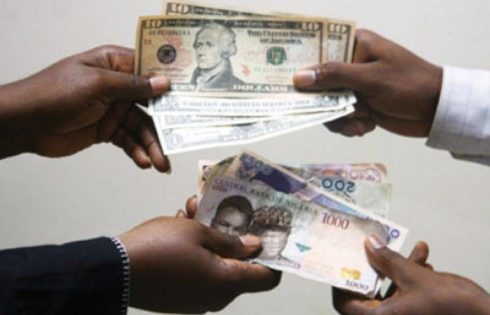 The naira fell to an all-time low of N436 to the dollar on the parallel market yesterday, as against N428 to the dollar from the previous day, as the perennial scarcity of the greenback in the market took a turn for the worse.

The effect of the dollar shortage was also felt on the interbank FX market where the spot rate of the naira also depreciated to N313.07 to the dollar thursday, from N310.08 to a dollar the previous day.

The situation on the parallel market was attributed to the refusal by banks to sell dollars to Bureau de Change (BDC) operators.

The President, Association of Bureau de Change Operators of Nigeria (ABCON), Mr. Aminu Gwadabe, said none of his members were able to access dollars from banks as directed by the Central Bank of Nigeria (CBN).

“As I speak to you, no BDC has been able to access FX since Monday. It is very unfortunate that the liquidity in the market has dried up. That is too bad for the market,” the ABCON boss said in a phone chat with THISDAY.

Gwadabe, however, was optimistic that a yet-to-be-announced initiative between his association and Travelex would in the medium term help bridge the liquidity gap in the market.

The initiative may see Travelex, a licensed forex dealer, sell dollars directly to BDCs in the country.

The CBN Governor, Mr. Godwin Emefiele, on Tuesday expressed regrets that BDCs were not getting enough dollars and said the central bank would revisit the existing mechanism to ensure that dollars flowed directly to the currency dealers.

“I must again say that it’s regrettable that what we did was to see how the dollars from international money transfer operators could flow to the BDCs and from them to people who want to buy foreign exchange through the BDCs at the limit of not more than $5,000.

“We have reviewed the report and the management of the CBN is looking at various options on how to ensure that these funds flow directly to the BDCs so that we can moderate the prices in that market.

“If need be, we would change the existing mechanism that would ensure that these dollars flow directly to the BDCs. However, I would like to appeal that whenever you see that some banks or bank officials are collecting brokerage fees in order to sell FX to the BDCs, I plead with you to provide us with credible information,” he said.