Home Business Innovation in Pension Must be With Caution, Obasanjo Warns 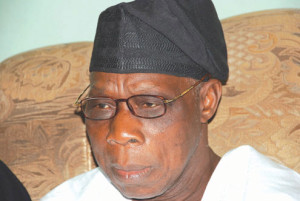 Former President Olusegun Obasanjo has warned pension regulators in Africa to exercise caution in any innovation geared towards amending the current Pension regulations in the continent in order not to jeopardize the situation of pensioners.

Chief Obasanjo stated this in his keynote address at the ongoing 3rd edition of World Pension Summit – ‘Africa Special’ holding in Abuja. He noted that Pensioners who have labored all their lives should not be left in the cold especially when they need their money, stressing that “Your innovation must be with caution”.

“Now where people have to work all their lives and they make contribution for the rainy days, we cannot be too adventurous with the so called innovation. When they need the money, the money must be there”, he said.

He expressed happiness on the current situation of pension administration in the country as pension fund, according to him, remained sacrosanct, adding that trust must not be eliminated in pension schemes in the country.

Also Speaking at the occasion, President Muhammadu Buhari said that the Federal Government through the National Pension Commission (PenCom) is currently engaged in extending the coverage of the contributory pension scheme to the informal sector through the micro pension scheme.

President Buhari who was represented at the summit by the Head of Civil Service of the Federation, Ms Winifred Oyo-Ita noted that Pencom has been asked to step up its enforcement drive to both the public and the private sectors in line with the enabling law.

“It is part of the present administration’s commitment to settle the various pension liabilities which it inherited within the scarce resources available to it”, he said. He called on the summit to discuss areas of private sector participation in infrastructure development in view of government’s meager resources.

In her welcome address, the Director General of the National Pension Commission, Mrs. Chinelo Anohu-Amazu said bridging Africa’s infrastructure deficit will require sustained spending of about US$93 billion per annum, which translates to about 15% of Africa’s GDP.

She said the huge challenge can be surmounted by a coordinated, multifaceted approach to development and the integration of domestic funding sources such as pension funds, and foreign institutional investors.

The PenCom DG noted that cutting-edge Infrastructure is critical for economic growth and social progress, but however regretted that Africa’s infrastructure remains by far the most deficient and costly amongst developing countries.

“In many cities, the challenge of urbanization and the need for modern infrastructure is already evident. One-third of urban residents in Sub-Saharan Africa are located in 36 cities, each with more than one million inhabitants”, she said.

Speaking further, she said the United Nations estimated that by 2025, the population in Lagos and Kinshasha would reach 18.9 million and 14.5 million, respectively. To put this in context, it would be the equivalent of combining the current populations of London, Berlin and Madrid, which stand at 15.42 million based on 2015 population figures.

She called on the summit delegates to proffer solutions on how to build deep and efficient capital markets and financing models that would enable institutional investors such as pension funds to invest in Infrastructure, while urging everyone in the summit to contribute to deliberations geared towards achieving the objectives of entrenching sustainable pensions and social security systems in Africa.

FCT Four Power Transmission Substations to be Completed in Dec –...