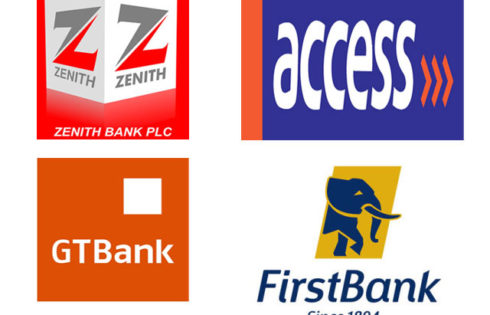 The report, released in Lagos on Wednesday, indicated that foreign exchange volatility and lower oil price led to a major decline in the fortune of the sector.

The report read, “The resilience of the Nigerian banking sector was put to the test as elevated risk concerns triggered a spike in NPL ratio and slowed the pace of credit expansion dramatically. Gross loans and advances dipped by 1.9 per cent in 2015 across our coverage universe compared to the 26.6 per cent growth in 2014 as lower oil prices, FX volatility and liquidity concerns dampened risk appetite amidst a hazy economic road map.

It further stated, “As a result, sector profitability was depressed in 2015 with profit before tax tumbling by 28.4 per cent year-on-year as industry NPL ratio spiked to 4.9 per cent from three per cent in 2014.

“Furthermore, return on equity moderated to 9.1 per cent from 15.5 per cent in 2014. Capital adequacy ratio was strained on account of revised computation guidelines and increase in general loan loss provisioning, settling at 16.5 per cent in 2015 (relative to 19.7 per cent in 2014). Total deposits dipped by 1.8 per cent to N20.7tn, while total assets (+3.3 per cent ) and liabilities (+1.1 per cent) increased.”

Commenting on the report, the Group Managing Director, Afrinvest, Mr. Ike Chioke, said, “Our assessment of performance indicators in the Nigerian banking space indicated that performance softened in 2015 as events in the socio-political, economic and regulatory environment heightened risk consciousness, slowed the pace of credit expansion, deteriorated asset quality and weakened earnings capacity across all tiers in the sector.”

The report read in part, “Against the backdrop of lower oil prices, which have weakened macroeconomic fundamentals, the outlook for the sector in 2016 was expected to be dominated by developments in the FX market. Accordingly, we identify risk areas for Nigerian banks to include: credit exposure to high risk sectors; default risk arising from general commerce and manufacturing due to liquidity challenges in the FX market; credit concentration risk emanating from upstream oil and gas loans due to lower oil price; potential default risk arising from power asset loans, which are predominantly denominated in United States dollar; pressure on Capital Adequacy Ratio in the aftermath of the depreciation of the naira; and restrained appetite for both sovereign and corporate Eurobonds.

“The report highlighted expectations for the performance of the banking sector as risk assets to expand nominally due to currency adjustment. Although real loan growth is expected to be muted in 2016, the 29.1 per cent effective devaluation of the local unit will translate into a circa 15 per cent nominal expansion in industry loan book given the significant 37 per cent foreign currency denominated risk asset exposure as at FY 2015.”