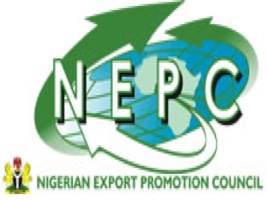 The Southwest Coordinator, NEPC, Mr. Babatunde Faleke, made this assertion while speaking at a workshop on AGOA documentation organised by the agency recently.

Faleke said that the exporters of non-oil products and commodities had been exporting with duties between 16 and 25 per cent, all of which could be removed if they had exported under the AGOA programme.

He noted that many exporters had not exported on the AGOA platform because they lacked proper information and documentation.

He said, “We know that Nigerians have already been exporting to the USA and other countries, but AGOA is an opportunity to save costs, and stress of the export process, so in a nutshell, we are losing money by not using AGOA which is duty-free

“The AGOA programme has recently been extended by 10 more years, but one is gone from it, so we have only nine years to put our house in order to benefit from it.

“Non-oil export trade in West African countries for 2014 was estimated at $25.4bn, and only $14.2bn export trade was done under AGOA.

“Out of these countries, Ghana, Angola and some others are topping the chart for exporting agricultural and industrial items under AGOA while Nigeria is still lagging behind.

“This is the whole essence of this programme; to provide technical support and basic information on the process of documentation for exporting under AGOA,” Faleke said.

The NEPC boss noted that the major challenge for non-oil exporters aside funding had been low capacity to meet demands, and lack of necessary information.