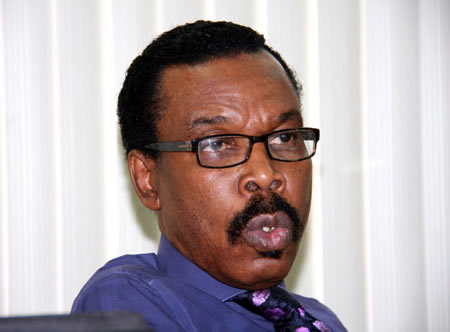 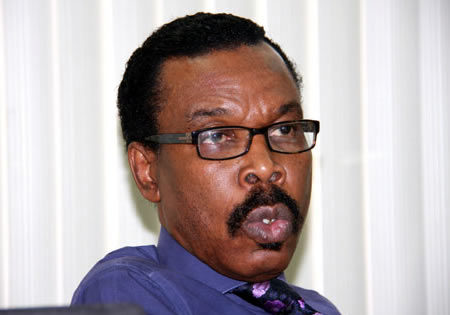 A natural consolidation in form of mergers and acquisitions is likely in the Nigerian banking sector, economic and financial experts have predicted.

They said with the myriads of challenges facing the nation’s economy, some banks were likely to experience some challenges that could only be resolved by mergers and acquisitions.

The Chief Executive Officer, Financial Derivatives Limited, Mr. Bismarck Rewane, said the economic storm gathering over the country might lead to a shake-out in the banking sector.

This, he said, was better than having a situation where a bank would collapse.

Speaking about the ongoing economic crisis and the spate of non-performing loans, Rewane said, “It will affect their profitability initially and eventually it is going to affect their liquidity and solvency.

“Because of the squeeze in profitability, there will be a natural consolidation and a shake-out.”

He, however, expressed the hope that the Federal Government’s stimulus package and other measures aimed at enhancing growth would work and help tackle the economic storm.

Utomi, who did not state whether a consolidation was imminent in Nigeria, however, stated that it would not be construed as negative thing if it happened.

He said, “There is nothing good or bad about mergers and acquisitions on its own. The question is whether it will amount to creating value or not. It happened in the United States in the 1980s.

“A good mergers and acquisitions strategy can prevent regulatory risk. A situation where the central bank will take action on a bank and there will be panic and everybody begins to run helter-skelter to withdraw their money is not good for a bank. If the fundamentals of a bank are beginning to get challenged, it is better a discussion is held with another bank and it is acquired. What creates a problem is regulatory risk.”

According to Utomi, the economy needs to begin to produce and relevant policies that will enhance this must be put in place.

He added that banks could be a good agent in helping to stimulate domestic production.

The Executive Director, Sterling Bank Plc, Mr. Abubakar Suleiman, had said in February that a drop in naira by just 20 per cent would trigger a wave of bank mergers.

Since a devaluation last month, the currency has lost double that against the dollar, according to a report by Reuters.

Overall, 42 per cent of loans extended by Nigerian banks are in dollars. If the naira falls far enough, it will force some banks to recapitalise in order to have enough naira to stay within financial stability limits.

“There is concern around the evolution of banks’ capital adequacy if the naira continues to weaken,” the Chief Economist, Standard Chartered Africa, Razia Khan, said

She added, “As the naira weakens, FX loans are likely to be problematic.”

Non-performing loans are expected to jump to 12.5 per cent of the total loans of the banks this year, up from the central bank’s target level of five per cent at the end of last year, as lenders suffer a hangover from an oil sector credit boom that ended abruptly in 2015, according to Agusto & Co, Nigeria’s main rating agency.

The country’s 21 banks have been laying off staff, closing branches and slashing earnings forecasts, but some are unlikely to survive the storm, analysts say.

According to London-based analysts Exotix, UBA, Diamond and Guaranty Trust Bank have the highest ratio of dollar loans at 50 per cent apiece.

Diamond Bank declined to comment, while UBA and GTB said they saw no need for recapitalisation due to the devaluation of the currency.

One Lagos-based banking analyst, who asked not to be named, said three or four medium-sized banks might need to raise capital.

The central bank has said it is monitoring one or two lenders for liquidity, without naming them.

Adding to the uncertainty, GTB delayed its half-year earnings this week pending an interim audit.

Some banks have themselves borrowed heavily in dollars, debt that now costs much more to service.

Top of this list is GTB, which has $1.6bn in dollar-denominated debt, followed by First Bank of Nigeria, with $915m, according to Thomson Reuters data. First Bank was not immediately available to comment.

Anticipating problems from a weaker naira, investors have been selling off banking stocks for the last year, sending the banking index in January to its lowest since it was formed in 2009, and less than half its level in mid-2014.

Many banking stocks, hot foreign investor picks a decade ago during an ‘Africa rising’ boom, remain depressed after a 2009 sector meltdown stemming from the global financial crisis.

Zenith Bank’s shares are a third of their pre-financial crisis highs, Access Bank, a quarter; and First Bank, just 10 per cent. GTB, by contrast, has recovered as it has one of the lowest levels of non-performing loans and its shares are now in line with their 2008 levels.

With the International Monetary Fund forecasting a 1.8 per cent contraction in the Nigerian economy this year, the immediate prospects for the banking sector are grim, but the CBN Governor, Mr. Godwin Emefiele, was adamant that the financial system remained solid.