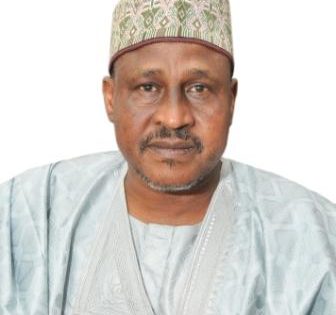 A Take On Recent Economic Policies

The Federal Government will save N48.4 billion through the implementation of electronic procurement (e-procurement) system, the acting Director-General, Bureau of Public Procurement (BPP), Ahmed Abdu, has said.

He said this in Abuja at the opening of a three-day workshop on implementation of e-procurement for representatives of ministries, departments and agencies (MDAs), contractors, consultants and service providers.

Abdu said the Federal Government would realise huge opportunities for savings from the implementation of e-Procurement.

He said that the system would be deployed on a pilot scale in six selected ministries before being eventually rolled out to embrace the whole of the public sector.

“The total non-payroll spent for the Federal Government, based primarily on the proposed budget for 2016, for the selected six pilot ministries is approximately N1.4 trillion.

“It is projected that if e-procurement is implemented on this pilot scheme, the potential financial savings will be N48.4 billion which represents savings of approximately five percent on recurrent expenditure and three percent on capital expenditure,” he said.

He listed the selected pilot ministries to include ministries of Health, Education, Agriculture, Transport, Water Resources, and Power, Works and Housing.

Abdu said that the system would enhance the operations of the Efficiency Unit of the Ministry of Finance and also enable the Federal Government to achieve efficiency and reduce wastage in its transactions.

“The technology will help our procurement system to reduce human interface in a manner that MDAs can submit their requests to the Bureau for Due Process “No Objection” in electronic form.

“The Bureau will similarly issue Due Process “No Objection” to MDAs in electronic form.

“In this way, efficiency is more achieved and corruption related issues arising from human interface are eliminated, leading to increased transparency and accountability in public service,” Abdu added.

Declaring the workshop open, the Secretary to the Government of the Federation, Babachir Lawal, said that e-procurement was a major component of public procurement reform in Nigeria.

Lawal, who was represented by Muhammed Bukar, Permanent Secretary, General Services, said that it should not be viewed simply as a software application to reform public procurement.

He said it should rather be deployed along with strong awareness, capacity building programmes, technological infrastructure development, established standards and sustainable operational e-procurement applications.

Lawal also said that government expected that by the end of September the implementation of e-procurement would have commenced in the pilot MDAs to facilitate the speedy implementation of the 2017 fiscal year.

“Based on this premise, we expect the 2017 budget to be less contentious, to the extent that all the procurements that go into the Appropriation Bill would have passed the tests of transparency, accountability and efficiency,” the secretary added.

Oluwole Oke, the Chairman, House Committee on Public Procurement, said the good intentions of the government in eradicating corruption could only be successful if the procurement system was fine tuned.

He also said that the legislature was ready to provide any additional legislative backing the initiative might require.

Speaking on the rumoured Emergency Economic Stabilisation Bill proposed by the economic team of the administration, he said most of the inherent issues could be solved through the new procurement system.

“Most of the reports made reference to provisions that border on procurement related matters.

“I strongly believe that the effects that the proposed bill seeks to address may be tackled by a robust and effective e-procurement system,” Oke said.

Oke, however called on the executive arm of government to look beyond the allegations of budget padding and implement projects that would make an impact on Nigerians.

“Whatever level of alleged tinkering and appropriation submitted to the National Assembly the ultimate powers of implementation lies with the executive through the procurement system.

“It is at this point that the president and the entire executive can sift the budget and implement the projects they consider fit and suitable for Nigeria,” Oke added.